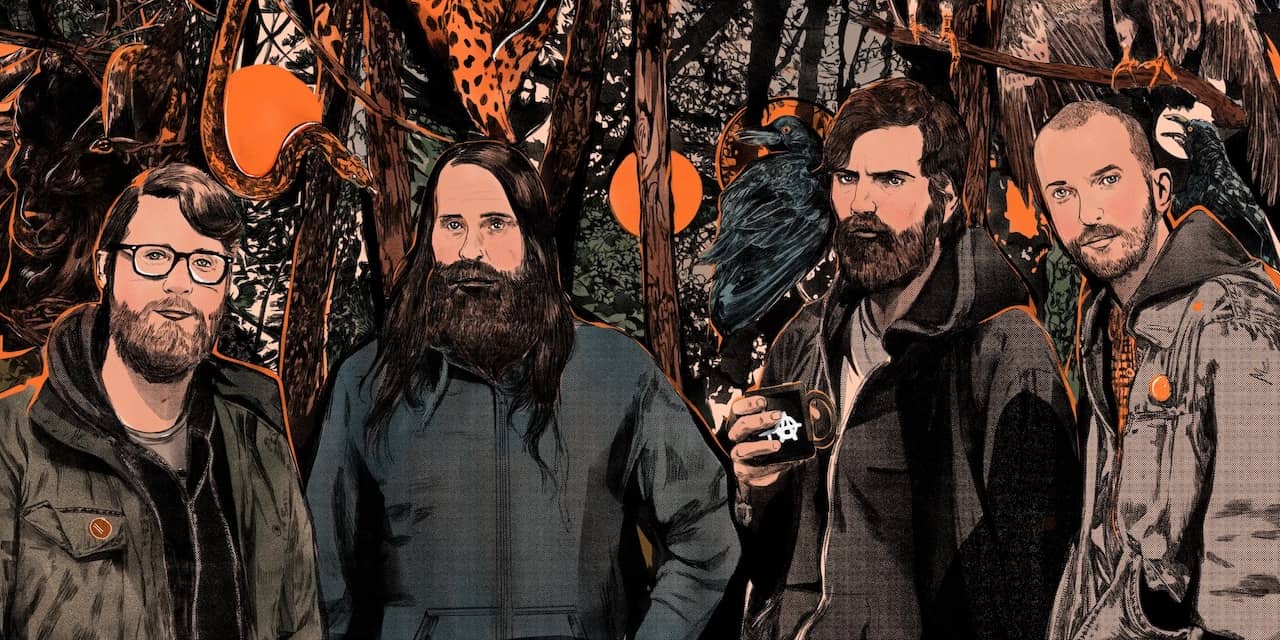 Usually I reserve that little space at the top of the column to blather about what’s going on in my bald noggin, but now that every band is on the road trying to make sure their rent checks don’t bounce, I will have to save the spilled ink for the real killer shows that dot the October calendar. Buckle up, motherfuckers, ’cause it’s coming.

Saturday October 8: Okay, that’s huge. The crown kings of the Zamrock scene emerging from Zambia in the early 70s are unquestionably Witch (not to be confused with the joint of J Mascis of the same name). If you have even a slight penchant for heavy psych, you need to get your hands on the Witch records right now. Granted, it won’t be the OG lineup (duh) but Emanyeo Chanda and Patrick Mwondela are still at the helm of this leaky boat, so don’t miss it! Everything happens at the Ritz, so it should really cook. Opening this show is Paint. 179 Jean-Talon West, 7:30 p.m., $39.95

Thursday October 13: For the #1 local show to see this month, you’ll need to sneak into one of the best venues in town, La Tulipe, for the hypnotic kraut stomp of suns, with Activity and Markus Floats opening. I would never advocate the use of illegal hallucinogens, but… 4530 Papineau, 8 p.m., $26.75

Saturday October 15: Damn, I’m almost out of words. Alright, for some reason, Buffalo King getting tagged with the title “heavy,” and while they may let the fuzz fly free, that’s really just a small piece of their story. If you dig psycho-fueled jam grooves, head to the Ritz, but show up early to catch openers Atsuko Chiba. 179 Jean-Talon W., 8 p.m., $26.50

Tuesday, October 18: Oddly, my gigger of the month does not represent psych, metal or punk (well in a way, in fact). One of my favorite bands, Titus Andronicus, bring their epic jammers back to the Esco with the early Country Westerns. If it’s even half as good as their show at the same venue a year ago, that show will rule. 4461 St-Denis, 9 p.m., $24.56

Wednesday October 19: When the Polish group Batushka dropped the blackened set of anthems that made up the devastatingly brutal 2015 album Liturgiya, they made the world of black metal whirlwind – and rightly so. How they are able to deliver such complexity live is beyond logic. Opening this show at the Ritz is Hideous Divinity and Hate. 179 Jean-Talon W., 7 p.m., $39.65

Friday October 21: Now that Rocket From the Crypt is gone, it’s really up to the bronx to keep the flame of SoCal punk rock burning. Making this super solid at the Corona Theater is the in-between niche occupied by internet sensations les Chats. The openings are Drug Church and Scowl. Pro tip: Head to Turbo Haüs after the show for some drunk punk fun! 2490 Notre-Dame West, 7 p.m., $38

Thursday, October 27: Finally, all ballast blast fans will want to have their frontal lobes collapsed at the heavy, Foufs, where Conan will completely crush it. They’ll get their money’s worth from Harshelaga’s pride, Dopethrone, with Wilt warming the room. 87 Ste-Catherine E., 7:30 p.m., $28.66

For more on upcoming shows from King Gizzard and the Lizard Wizard, Kurt Vile and the Violators, Death From Above 1979, the Black Angels, the Flaming Lips and more, take a look at the weekly edition from Hammer of the Mods.

This column originally appeared in the October issue of Cult MTL.