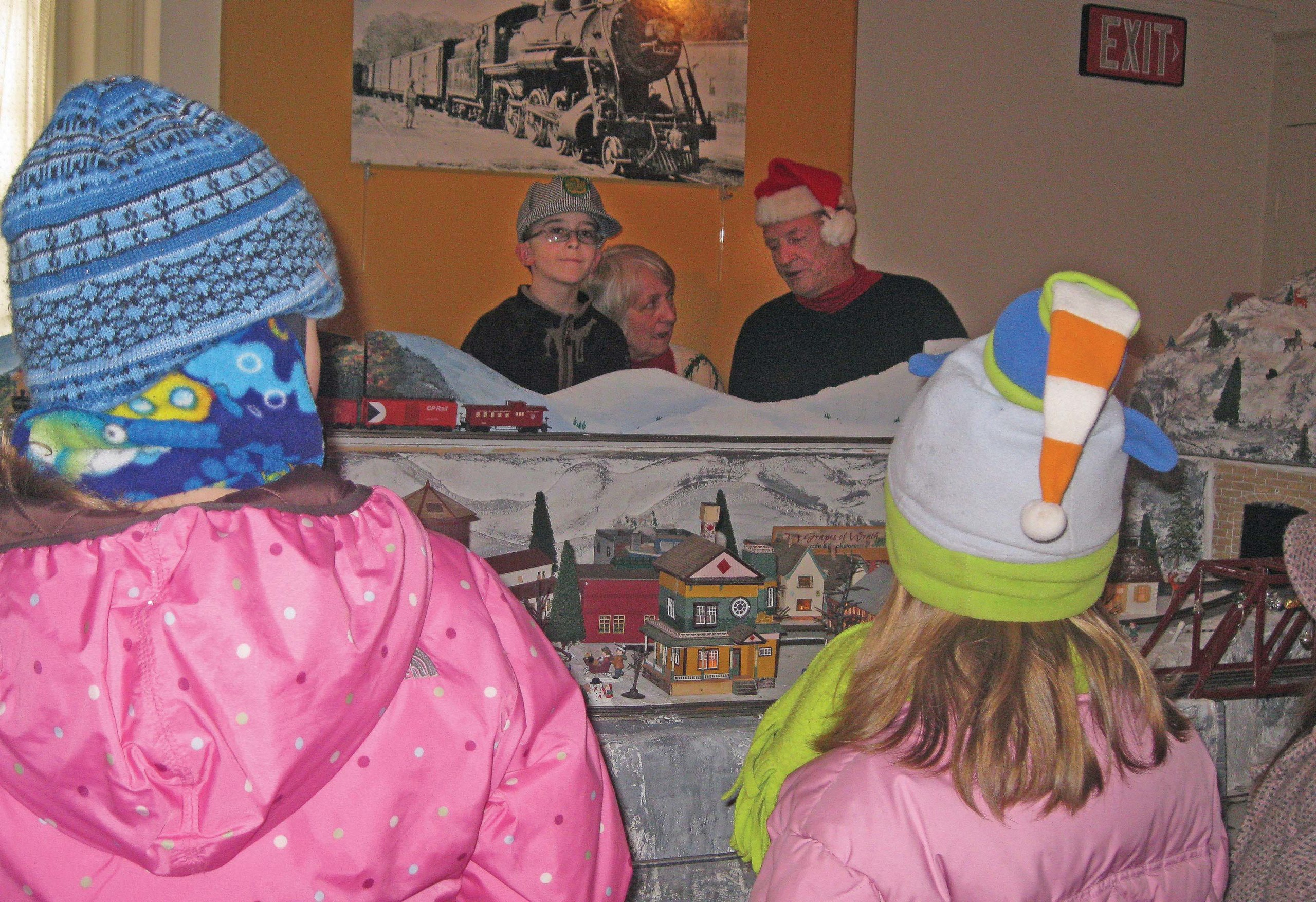 Longtime SHELDON MUSEUM volunteer ‘T’ Tall, pictured in the back with a Santa hat, has helped set up and run the model train display at the Middlebury Museum every public holiday for decades. Independent stock photo

Henry Sheldon, a young store clerk in Middlebury, had been fascinated by trains ever since he first rode one on July 3, 1845, when he took a trip with two friends from Middlebury to Montreal – via stagecoach , steamboat and train – a month before his 24th birthday.

“It was my first taste of Steam Horses,” he wrote in his diary, “I rode most of the time with my head outside the cars.”

Over the next few years, Henry and many other Vermonters watched with growing excitement and impatience as the Burlington and Rutland Line was built as it slowly moved north toward Middlebury. It was not until Saturday 1 September 1849 that the first locomotive finally arrived at Middlebury, as Henry jubilantly described in his diary:

“A great day for Middlebury. The car arrived at 11:30 a.m. amid cheering crowds, ringing of bells and cannon fire. The new and splendid Locomotive… and three freight cars with iron have arrived.

It was not until shortly after that Henry sold the ‘Oyster Saloon’ business he owned at the south end of the bridge in town, and he took up his new job driving the train and processing all mail as a route agent for the US Postal Department between Burlington and Boston. Since the speed of the train barely exceeded the pace of a stagecoach and stopped at numerous stations on the route between Burlington and Boston, each trip took the better part of a day and evening, leaving little time for postal agent recovery between trips. . Moreover, the job required a lot of hard work; indeed, the job description was much longer than this essay! Unsurprisingly, it only took a few months for Henry’s enthusiasm for trains to temporarily wane, and he quit. But seven years later his love of trains returned and he got the job of station agent for the Burlington and Rutland Railroad at Middlebury Station, and he held that job for the next six years. 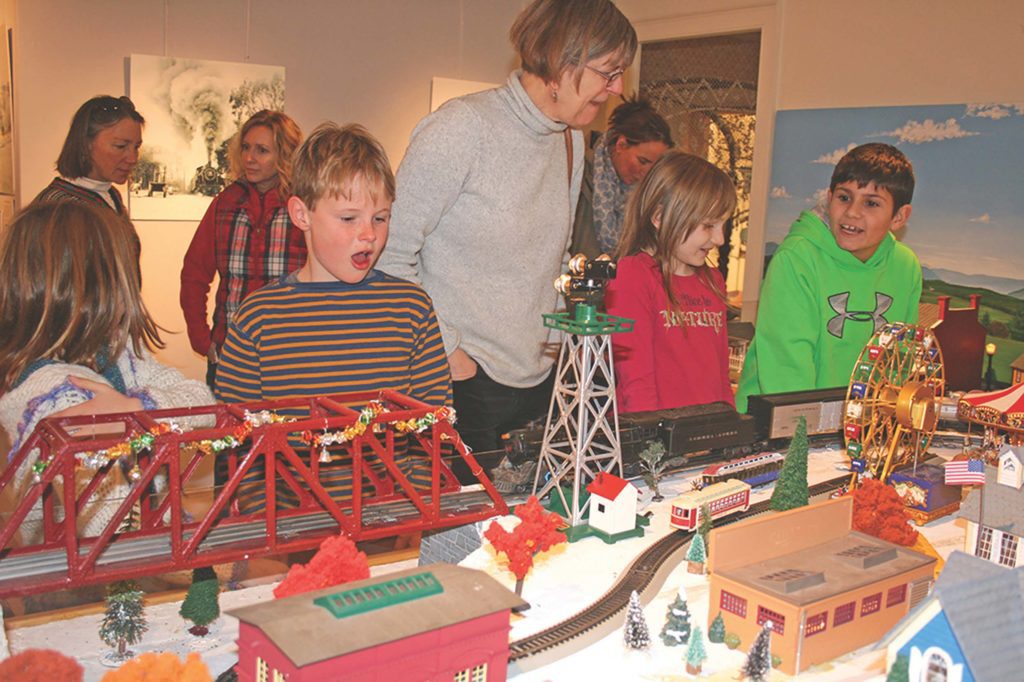 KIDS HAVE LONG enjoyed seeing the model trains running every holiday season at the Sheldon Museum. The little wonders will be exploited from Tuesday to Saturday until January 3rd. Admission is free during Midd Night Strolls in December and during Sheldon’s Open Day on December 3.

While Henry would be delighted that regular train service returned to Middlebury last summer after an absence of almost 60 years, he would be even prouder that for the past 30 years his museum in Sheldon had hosted a magnificent miniature train. exhibition during the winter holidays. According to a brief history of the exhibit by “T” Tall, one of the exhibit’s longtime volunteers, it all started in the summer of 1992, when Middlebury resident Peter White asked the Sheldon s he could build a train plan to display and operate antique Lionel toy trains built in the 1950s. The museum acquiesced and allowed Peter to use Henry Sheldon’s “map room”. This marked the origins of what is now called the Midd-Vermont Train Club.

The star attraction of the 1992 exhibit was an exact four-foot replica of the Shoreham Railroad Bridge built in 1897, which still stands and is the only remaining wooden Howe truss bridge in Vermont. Word spread and more than 1,000 visitors came to view the exhibit. The original members were Ron Nimblett from Vergennes, Dana Myrick from Bridport, “T” Tall from Cornwall and Bobby Andrews, Al Stiles and Peter White from Middlebury. At least 40 others have volunteered over the years.

“T” Tall also notes in his story that several years later the exhibit was moved to a larger room. Using architect Bob Rand’s exact plans, the exhibit was expanded to six tables. This allowed the club to add an HO layout (Vermont’s most popular) to the top of the layout to give the viewer a sense of depth. The middle track is Lionel O-42, the type usually found under Christmas trees. The lower level is Lionel’s standard O gauge, the kind found in the permanent exhibits year-round.

The layout features a large mountain with a working gondola extending from the top of the mountain to the lower level. The idea for the gondola came from longtime Bridport volunteer, the late Ed Mitcham. An exact replica of Middlebury Station, courtesy of Michael Rainville, owner of Middlebury model train maker Maple Landmark, is a highlight along with the huge Green Mountains scenic mural. There is also an exact replica of the Sheldon Museum and its historic barn skillfully painted and built by Gayl Braisted, a longtime Sheldon volunteer and local artist. 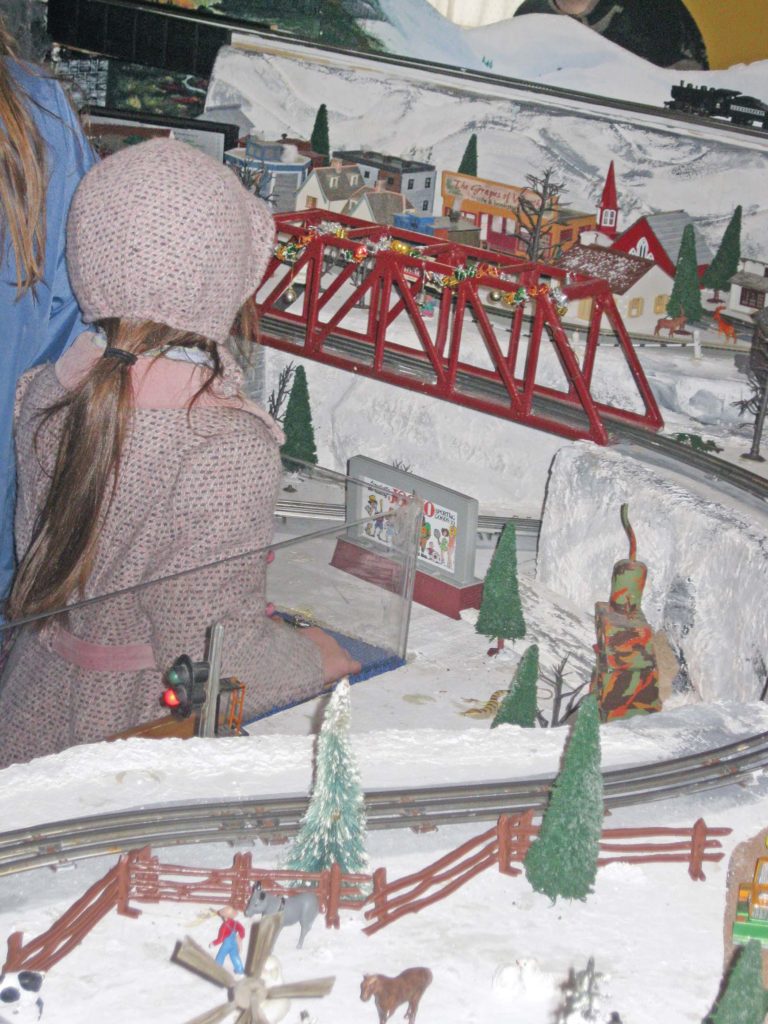 VOLUNTEERS HAVE RUN The Lionel O-42 and O gauge model trains at the Sheldon Museum since 1992. Spectators of all ages revel in the sound and motion of the tiny engines and are mesmerized by the buildings, bridges and snowy landscape across which they move. .

The addition of sophisticated railroad signals, many of which can be operated by young children which were the brainchild of two other longtime volunteers and current train crew leaders, retired electrical engineer Larry Maier and retired Coast Guard officer and retired civil engineer Ed McGuire. In 2021, a video camera was added to the caboose of one of the trains which projects the train’s journey onto a monitor for all to see.

Sheldon’s model trains will run Tuesday through Saturday from December through January 7.

Please visit Sheldon’s website for the daily train schedule: henrysheldonmuseum.org or call 802-388-2117. Admission to the museum is $10/adult; $5/senior and 18 and under are free. The Sheldon Museum will be offering free admission to all three Midd Night Stroll nights on Thursdays, December 1, 8, and 15 from 5-8 p.m., and Saturday, December 3 at Sheldon’s Open House.

David Stameshkin is trustee of the Henry Sheldon Museum, author of several books, and retired dean of Franklin and Marshall College.