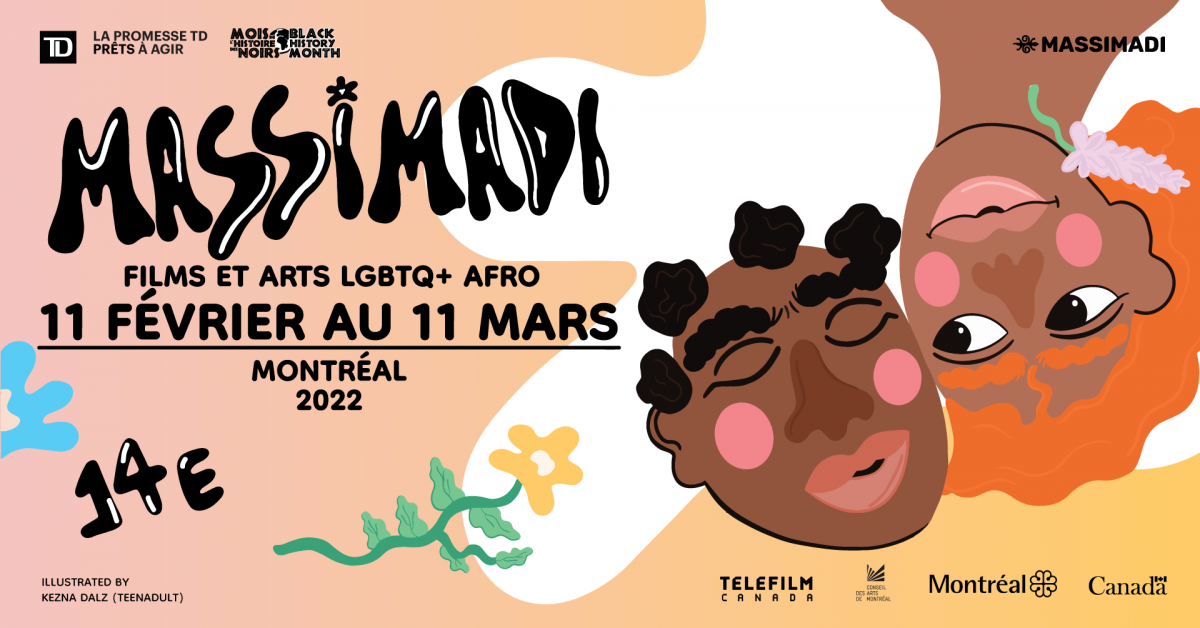 The Massimadi Festival celebrates black filmmakers and their stories

The 14th edition of Massimadi Film Festival is ongoing and will continue until March 11. This online festival is free for all participants.

The festival presents 27 films of genres ranging from drama, comedy and documentary. These pieces feature stories from black LGBTQIA+ communities around the world.

For example, Can You Bring It: Bill T. Jones and D-Man in the Watersdirected by Rosalynde LeBlanc and Tom Hurwitz, follows a revival of the acclaimed dance piece “D-Man in the Waters”. Bill T. Jones choreographed this piece to address the grief and loss felt by queer communities during the AIDS epidemic. the film, LeBlanc teaches this choreography to new generations of dancers – an initiative to revive a unique brand of artistic intensity from the 1980s.

Meanwhile, “Shea” is a short documentary that celebrates the interconnectedness of people of African descent. Directed by Effy Adar, the story follows a family displaced by poverty and their subsequent search for a new home in a new country.

Viewers immerse themselves in diverse realities, an experience that encourages understanding and open-mindedness, according to event organizers.

A film about body acceptance

A documentary that accomplishes the festival’s mission is “Body Politics”, directed by Aisha Fairclough. The filmmaker follows her romantic partner and Member of the Ontario Legislative Assembly, Dr. Jill Andrew.

The film offers an intimate look at Andrew’s political trajectory as a black and queer Canadian woman. Fairclough focuses on Andrew’s long-standing fight for human rights and bodily justice.

“There is this idea of ​​what a politician is supposed to look like. If you look inside the walls of Queen’s Park, you don’t see many black women, let alone fat queer black women.
—Aïcha Fairclough

The director explained that body justice goes beyond fat acceptance.

Another reason Fairclough made the film was to “show people what change makers [like Andrew] look like.”

Since his election to the Legislative Assembly, Andrew has hosted an Eating Disorders Awareness Week roundtable, organized a listening tour on women’s issues and formed a cultural advisory council. Outside of her political work, she co-founded Body Confidence Canada, an organization that promotes body diversity in the media.

“There is this idea of ​​what a politician is supposed to look like. If you look inside the walls of Queen’s Park, you don’t see a lot of black women, let alone fat queer black women,” Fairclough said.

The president of the Massimadi Festival, Laurent Lafontant, noted that the Canadian films in the program have as their theme the acceptance of the body.

“I found it interesting that Canadian filmmakers focus their stories on this subject. It shows that this is a deeply rooted problem in this country,” he said.

“Body Politics” celebrates the accomplishments of a woman who refuses to give up on the issues she deems important.

A dramatic comedy with a warning

While many films in Massimadi focus on socio-political issues, others focus on personal stories.

She compared making movies to giving birth – no part of the process is pleasant, but the finished product is sweet. She is now happy to present her film to a Montreal audience.

Güstin was inspired to create this film from her impossible wish to rekindle her relationship with an ex-partner.

She indulges in this fantasy through a fictional, queer, elderly couple.

“If a relationship isn’t working, that doesn’t mean it’s over. [forever]. Sometimes the couple get back together in the future,” she said. “When you’re heartbroken, this is the option you want.”

Even though the story plays into Güstin’s fantasy, it also serves as a public service announcement against texting ex-partners.

In another scene, the same character says that texting your ex “can kill you.” She tells the story of her friend who died when her ex didn’t respond to her text message. To forget this failed exchange, she put her phone on top of a cupboard, lost her balance, fell and broke her leg. After a few more unfortunate events, she passed away.

“The pandemic has adversely affected the mental, emotional, physical and financial well-being of marginalized communities. People have lost all desire to go out because they are black or Asian. People have lost their minds,” Güstin said.

“Can you imagine if on top of that they started messaging their exes? Haven’t our communities suffered enough?” she said.

Even though Güstin asked these questions jokingly, she believes in the mental health benefits of ending communication with an ex-partner.

Massimadi Festival President Lafontant hopes the films will open the hearts and minds of viewers. “We hope these films and discussions can break down barriers, build bridges and fight ignorance,” he said.

On February 18, Massimadi will host a round table after the film, someone like me, directed by Sean Horlor and Steve J. Adams. This film follows a group of activists in Vancouver who help a queer Ugandan find asylum in Canada – a story of friendship and survival.

“[The panel discussion] will have a conversation with AGIR, an organization that works with asylum seekers and refugees in Montreal,” said Lafontant.

The Massimadi Festival’s mission is to promote black LGBTQIA+ artists. Another of their goals is to fight against racism, homophobia and transphobia. To that end, the festival brings Black LGBTQIA+ stories to the forefront of Montreal consciousness.