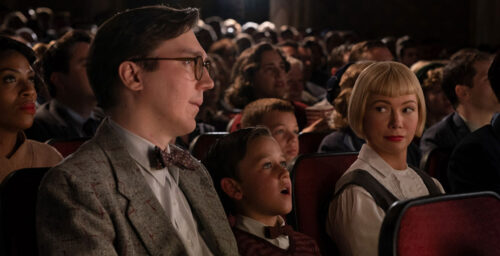 Spielberg’s ‘The Fabelmans’ wins top prize at TIFF – is an Oscar next?

Steven Spielberg’s semi-autobiographical film The Fabelmans won the coveted People’s Choice award at TIFF and if history is any indication, it could also take home the top prize at the Oscars.

Over the past 10 years, every winner of the festival’s top prize, voted on solely by the public, has won a Best Picture nod.

Do Torontonians have good taste in movies or what?

Most moviegoers know how much Hollywood loves, well, Hollywood, and the Academy often awards films about the industry. Take The Earth, birdman, and Chicago as examples.

The Fabelmans tells the story of a young man, Sammy Fabelman, growing up in post-WWII Arizona, who uncovers a shocking family secret and explores how the power of movies can help him see the truth. This just screams Oscar bait.

Like Toronto, the Academy loves its fair share of Steven Spielberg, so it will be interesting to see if it earns a Best Picture nod and if the iconic filmmaker picks up the statue this year.

After 2 years, the Terry Fox Run is back in person