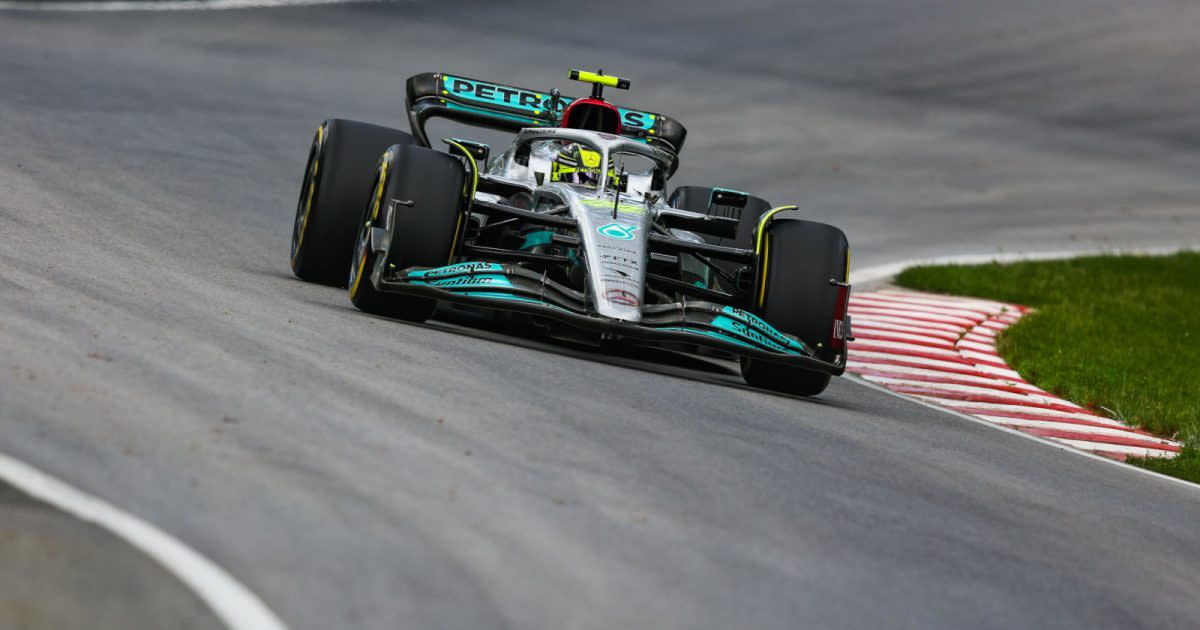 With a second stint strapped to the floor of their W13 in practice in Canada, Ferrari, Red Bull and McLaren would have wondered how Mercedes could have reacted so quickly to the FIA’s new for Canada rule.

This is according to a report on Auto Motor and Sport.

The FIA ​​issued Technical Directive TD039 on the eve of the Canadian Grand Prix, with motorsport’s governing body stating that not only will they be checking car floors from Montreal, but will also be setting a “quantitative limit for an acceptable level of vertical oscillations”.

Each car will be checked individually, their numbers established after the second practice session, and any car that does not meet the FIA’s “safe” numbers will have to raise the ride height by 10 millimetres.

It’s a TD that’s likely to affect Mercedes more than most, as Team Brackley’s W13 suffers from severe porpoising.

As part of this, the FIA ​​has also cleared the way for teams to reinforce their floors with an additional reinforcement reinforcement, fitted before the one they are already authorized to use.

Mercedes already had one in place during Friday’s practice, and their rivals are wondering about it.

According to AMuS’ Michael Schmidt, ‘Ferrari, Red Bull and McLaren are not only upset that the FIA ​​are changing the rules mid-season and allowing a second underbody support, they are also openly wondering how Mercedes had such a strut. and chassis and floor fixings at your fingertips in a single day.’

The stay, however, did not work out as hoped.

A member of the Mercedes team replied: “We had people who flew late to Montreal and took the equipment with them. Due to our problems with the terrain, we were ready for anything in terms of stays.

He added: “The second one didn’t work out as expected anyway.”

Lewis Hamilton said after practice it was a “disaster” and the car was “worsening”.

The FIA ​​later confirmed that, although technical directive TD039 will be tested this weekend, it will not be used as a general rule until the British Grand Prix.

“The technical directive does not specifically state that the metric would be applied for this race,” an FIA spokesperson told The Race.

“It is estimated that the complexity of establishing this metric from all the data from the different cars is not going to be an overnight job.

“There will be a careful and comprehensive analysis of the data collected over the weekend and any application of it will be appropriate to whatever emerges from the analysis.”

Teams still have a lot of questions about TD, the biggest being what will be considered an acceptable level of vertical oscillation.

“Who dares say 7g or 8g is the limit?” an unnamed team leader told AMuS. “There is no expertise as to what is still acceptable and what is not.”

Red Bull adviser Helmut Marko joined Christian Horner in saying the FIA ​​should stay out of this and teams should work out their own issues.

“There is no need to act,” the 79-year-old said. “If you have a problem, you should put your car higher.”