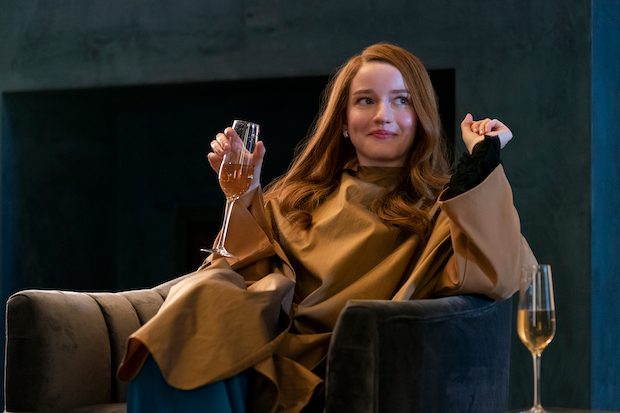 And there’s good news for Vikings fans – spin-off series Vikings: Valhalla, set roughly a century after the events of the epic Norse saga, debuts later this month and promises to be just as larger than its predecessor.

There’s also the return of Steve Carell’s comedy Space Force, hit dating series Love Is Blind and popular drama Sweet Magnolias, not to mention a slew of new shows from around the world.

As for movies, new releases include Jean-Pierre Jeunet’s sci-fi Bigbug and the latest reboot of The Texas Chainsaw Massacre, while older films such as Meet the Parents, Brokeback Mountain and The Peacemaker all join the platform.

Read on for everything you need to know about the titles coming to Netflix this month.

Boy Girl Dog Cat Mouse Cheese season 1 Animated series for children about a boy, a girl, a dog, a cat, a mouse and a piece of cheese who live together

Meet the Parents (2000) Popular romantic comedy starring Robert DeNiro and Ben Stiller, about a man who doesn’t make a good first impression when he meets his girlfriend’s dad

Raising Dion season 2 Second season of the sci-fi show, which follows a single mother who must hide her young son’s superpowers while investigating their origins

The Boy Who Harnessed the Wind (2018) The directorial debut of Chiwetel Ejiofor, telling the true story of Malawian teenager William Kamkwamba, who created a crop-saving wind turbine

The Peacemaker (1997) Action thriller starring Nicole Kidman and George Clooney, in which a White House scientist teams up with a military agent to find the missing nuclear warheads

The Tinder scammer True crime documentary series about a group of women who set out to track down a man who scammed them on a dating app, in hopes of recovering the millions of dollars he stole

Hachi: A Dog’s Story (2008) Richard Gere stars in this drama based on a true story, about a man who picks up an abandoned dog at the local train station

The Hunt (2020) Satirical survival film in which powerful elites capture and attempt to hunt down a group of people, whom they label as “deplorable”

Love Is Blind: Japan season 1 The first batch of episodes for the Japanese version of the popular dating show

Mrs. Pat: Want to hear something crazy? US comic stand-up special Mrs. Pat, which covers growing up in poverty in Reagan-era Atlanta and what she learned from spending five days in juvenile detention

Anne+: The Movie (2022) Dutch film in which a queer woman in her twenties aims to finish a novel so she can move to Montreal for her relationship.

Big Bug (2022) Dystopian sci-fi film set in the year 2050 by French director Jean-Pierre Jeunet, in which a group of commuters are locked up for their own protection by their household robots

Invent Anna Drama based on the true story of Anna Delvey, the legendary Instagram heiress who stole the hearts and money of New York’s elite

Big Girl 2 (2022) Sequel to the 2019 comedy film, this time with Jodi dealing with her newfound popularity

Devotion, a story of love and desire season 1 Italian drama series about a seemingly happy marriage that threatens to fall apart

Fishbowl Wives season 1 Japanese drama following six women living in the same apartment tower, all of whom cross the line into infidelity

Jeen Yuhs First act of a three-part documentary examining the life of one of the most famous people on the planet: Kanye West

Swap Shop: Dash for Cash season 2 Second airing for the reality series after collectors tune into the “Swap Shop” radio show to get the inside scoop on deals on cars, comic books, clown statues and more

Wu Assassins: For a Fistful of Revenge (2022) Supernatural action thriller that serves as a sequel to the first season of the Wu Assassins television series

space force season 2 The comedy about the creation of the US Space Force returns for a second time, with Steve Carell and John Malkovich once again among the stars

The Cuphead Show! season 1 Animated show based on the hit video game of the same name

Merlí: Sapere Aude season 1 Spanish teen drama that serves as a sequel and spin-off to the popular Merlí series

Tyler Perry’s A Madea Homecoming (2022) American comedian Perry reprises his role as Madea for this special – which includes an appearance by Brendan O’Carroll as Mrs. Brown

Vikings: Valhalla season 1 Spin-off series from the hit historical drama Vikings, set a century later and telling the stories of some of history’s best-known Norsemen

See our lists of best series on netflix and the best movies on netflixor see what else is going on with our TV guide.

Smile! : the latest mysterious find of a century-old denture at the Silver Islet Store