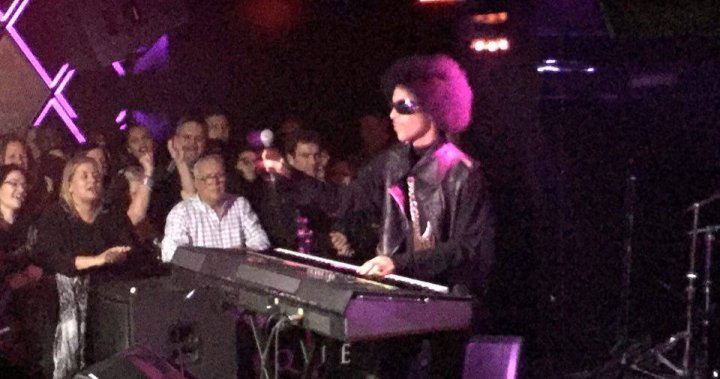 The star, who has always had a special connection to Montreal, was coming to town for two shows at Place des Arts and they were looking for a place for the musician to have an aftershow.

The team were initially told that Prince would be at their club to relax after the show, but were warned to have some gear on hand in case Prince wanted to perform.

It was his last show in Montreal.

â€œWe set up a stage, set up the equipment, and then that same evening we kept looking back into the room near the back hall where he was hanging out,â€ Gumbley told Global News.


In the early hours of the morning, the music legend decided he wanted to play and several hundred fans got to attend a concert of their lives.

â€œNormally when you see a star they’re thirty feet away, but it was within five feet of us, you could almost touch it,â€ Gumbley told Global News Thursday.

â€œWhen someone is this talented, they have an aura about them, you can feel it as they walk,â€ said Jason Tull, co-owner of Muzique.

After the show, Gumbley was asked to book aftershows for Prince in other cities.

READ MORE: Timeline: Look back at Prince’s career as a musical icon

He said he had realized over the past few weeks that the star was not doing well.

â€œI was in the process of booking his aftershow in Atlanta when they canceled the whole tour,â€ he told Global News.

“And then with regard to Miami and Nashville, they said they were postponing, so I knew he was sick, but I’m shocked he was gone.”

READ MORE: How Prince and his music challenged the music industry

The memorable, intimate and impromptu concert ended up being the last chance for her Montreal fans to see the music icon perform.

He died Thursday April 21 at his property in Minnesota.