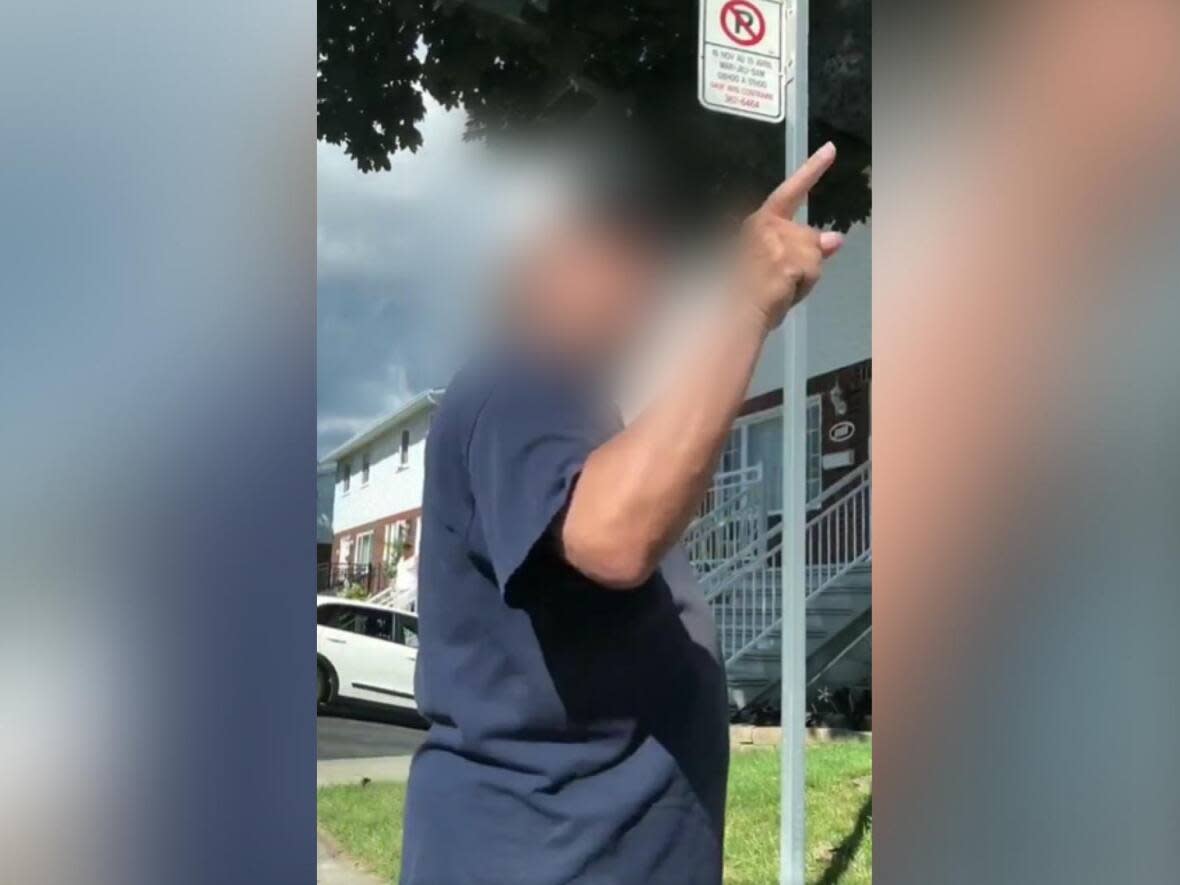 A man who was filmed hurling racial slurs at a couple in the Montreal borough of LaSalle last month has been arrested, Montreal police confirmed Thursday.

On August 11, Nadisha Hosein and her husband were reprimanded by a French-speaking man who told Montrealers of Indian origin to return to their country after speaking to him in English.

The incident happened when Hosein stopped backing his car out of his driveway to allow the man to pass onto the sidewalk.

When Hosein’s husband, who was standing outside, told the man in English that his wife had only stopped to let him pass, the man began shouting at the couple that they needed to learn to speak French because they lived in Quebec. Both are bilingual.

When Hosein’s husband continued to speak to the man in English, the man told the couple to return home to India or Pakistan.

Hosein said she pulled out her phone and started recording the situation as her eight-year-old daughter watched from the backseat in fear.

“I was shaken. My daughter on the other hand, she was more affected by it all because it’s been a few weeks and she’s still asking questions,” she said.

Following the incident, Hosein called the police to report what she considered a hate crime, but was told there was nothing they could do as no threats against her or her family had been made. uttered. However, police transferred the incident report and video to their hate crime division, created in 2016.

In a statement Thursday, Montreal police said they arrested the suspect that morning following an investigation by that unit.

“He is also involved in another separate event, this time for assault on a citizen,” the statement said.

The man nearly attacked CTV reporter Stéphane Giroux while he was in LaSalle reporting on the initial incident.

The case has been transferred to the Quebec prosecution office for review. The man has not been formally charged.

Hosein said she felt safer now that police had informed her that he had received a restraining order.

Alain Babineau, a former RCMP officer and prominent advocate for police reform, believes the fact that the incident was recorded made a difference in the police response.

“It’s unfortunate because most of the time people won’t have the opportunity to record the incident, but in this case they did and it drew public support and really pushed the SPVM to investigate,” he said.

Hosein hopes her family’s experience can help others speak out against racist behavior.

“I want people to feel like, yes, they have a voice, and it should be heard, and no one should address themselves that way.”

Where to find Toronto FC vs. CF Montreal on US TV