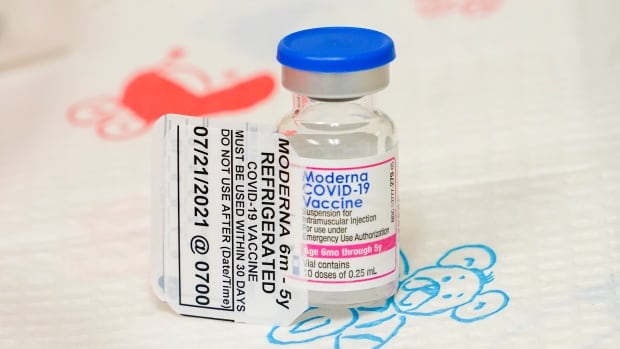 Moderna will open a vaccination center in Laval in 2024

Moderna announces the construction of its new mRNA vaccine facility in Laval, Quebec. will begin later this year, with production expected to begin by the end of 2024.

It will be the pharmaceutical giant’s first manufacturing plant outside the United States and will cost around $180 million to build.

Moderna says it has agreed to purchase land in the biotech park in suburban Montreal, to serve as the site for its biomanufacturing plant.

The Massachusetts-based company says the site is ideal because it houses a campus of a renowned Quebec research institute, the National Institute for Scientific Research (INRS).

Moderna announced in April that it would build a factory in the Montreal area that would produce about 30 million doses of the vaccine per year, with the ability to increase production to 100 million per year if needed.

The company also said it would employ between 200 and 300 people.

The facility is expected to produce vaccines not only against COVID-19, but also against various respiratory viruses, including influenza and respiratory syncytial virus, or RSV.

The company says the facility is expected to be operational by the end of 2024, “subject to planning and regulatory approvals.”

Today, Montreal Mayor Valérie Plante chose to treat the news as a victory for the region rather than a disappointment for her city.

Plante had said in April that the facility would be in Montreal, and Quebec Economy Minister Pierre Fitzgibbon indicated in June that it would be built in the city’s Saint-Laurent borough.

“It’s excellent news to see businesses set up in the metropolitan area. The arrival of Moderna strengthens our position of choice in the life sciences sector, and confirms the attractiveness and dynamism of Greater Montreal,” Plante said in a press release Thursday.

It seems that proximity to INRS was the deciding factor for Moderna.

“This location offers tremendous synergies to Moderna due to its proximity to a renowned research institute, in addition to meeting the requirements of the project and its importance for all Canadians and Quebecers,” the company said in a press release.

“Moderna is proud to share the promise of mRNA science with Quebec to combat the world’s greatest public health threats.”

INRS and the mayor of Laval also celebrated the news on Thursday.

“There is no doubt that welcoming a partner of this stature will contribute to the influence of the Laval biotechnology park in Quebec and Canada”, indicates a press release from the INRS.

In April, it was announced that the agreement to open the facility came with a commitment from the federal government to prioritize purchases of vaccine inventory from Moderna during future outbreaks or disease outbreaks.