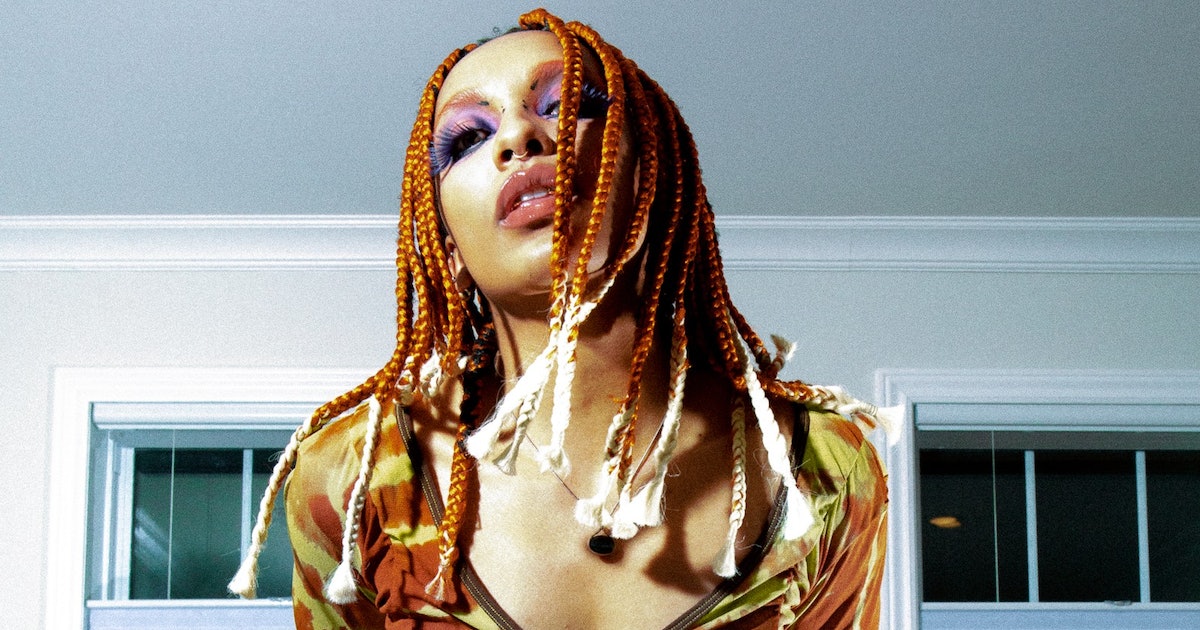 You never know what you’ll get from listening to Magi Merlin. When the Montreal musician first hit the scene in 2019, she was pounding psychedelic, psychedelic neo-soul tracks that leaned to the left. Since then, his sound has gradually transformed, incorporating rap, elements of electronica and dance, creating an ever-changing sonic palette. His latest release, “No Ego” – premiering on NYLON below – is even more slippery to define.

Opening with high-energy cheerleading chants in the vein of “Hey Mickey,” the song slowly turns into a funky, heart-pounding thing with a soulful pop center. Merlin’s voice, appearing on the track in energetic chants and soulful chants, and at times convincingly overlapping, makes everything unpredictable and exciting. All of this is in line with the message of the song: invent your own rules of life as you go.

“I go through these phases of my life where I’m obsessed with various topics and research them like crazy. It’s super cyclical,” Merlin told NYLON of the song via email. ‘No Ego’ was born, I was very steeped in spirituality and astrophysics, I was reading Eckhart Tolle and books by Neil deGrasse Tyson and Carl Sagan and absorbing a lot of content like that.

“During this period, I came across the concept of optimistic nihilism. It was so refreshing for me to be able to find meaning in life that felt simpler than the previous meanings I had assigned to my life. Basically, nothing matters, but it’s so amazing because it means the only job I really have is to exist as best I can, to help where I can, to be less hard with myself and loving freely. For me, it’s a very liberating way to look at my life. I wrote ‘No Ego’ as a reminder.

“No Ego” is off Merlin’s upcoming EP missing girl, will be released on Friday, May 27. The project includes his previous eclectic singles, “Pissed Black Girl” and “Free Grillz”. Listen to “No Ego” and learn more about the singer in a Q&A, below.

What are you doing right now ? Describe your environment.

Right now I’m supporting Noga Erez on her European tour so currently I’m sitting in a cafe called Coffee Run in Dublin, Ireland. There’s a 2010s playlist going on right now that’s relentless, nothing but Ke$ha and LMFAO spinning – it’s wild. It’s a four-minute walk from the hotel. There really isn’t much except for a highway and a few houses. It’s an interesting vibe, honestly. Walking towards the cafe, I made eye contact with a young Irish boy in the deserted street. He was on a scooter sucking on a pink balloon. He started running past me wondering where I was going. As I started to respond, he quickly turned the conversation around and said, “Can you buy me cigarettes if I give you the money?” This whole encounter felt legitimately staged, I can’t lie. Like, you can get John Quiñones out of What would you do?

“No Ego” came out of your EP, missing girl. Were you inspired by the book/movie?

I certainly did! I had thought of naming my project missing girl because of a track that is no longer on the project called “Too Chill”. It was a track that took a satirical look at the idea of ​​what a woman should be in the eyes of patriarchy and toxic masculinity. A few lines were: “Waking up on the right side of the bed/Call me crazy but I love giving you head/We’ll talk another time/I’m just still so/Damn cool about it.” I wanted the idea of ​​the film and the book of missing girl played with these same observations. Especially in the infamous “Cool Girl” monologue. But now, as the project grew old, missing girl has become more than that. missing girl is now more of a symbol of strength and personal growth in me as an individual, and I think missing girl could be co-opted by anyone who wants this strength for themselves. the missing girl is now the strongest version of myself.

How did you start making music?

I have always been very attracted to writing since I was very young. Before I could write for myself, around 5 or 6 years old, I dreamed of poems and I asked my mother to write them to me. Growing up, I became obsessed with certain songs; and the way I felt like I could get as close as possible to the feeling they would give me was to recreate what I was so in love with! Music has always been my focus but I’ve really been able to find who I am as a musician by regularly collaborating with Montreal producer funkywhat. Thanks funky! 🙂

What’s the last album you played in full and really enjoyed, and why did you like it?

I listened to Kendrick’s new project Mr. Morale and Big Steps. I’ve only listened to it once so far, but there are some wonderful tracks that struck me a lot on first listen! (Which isn’t too much of a surprise since Kendrick Lamar is Kendrick Lamar.) I’m still very impressed with his delivery versatility. Each track is its own universe while always relating to the general theme of the project. For a first listen, I really enjoyed it and can’t wait to dive back in and listen to everything I missed.