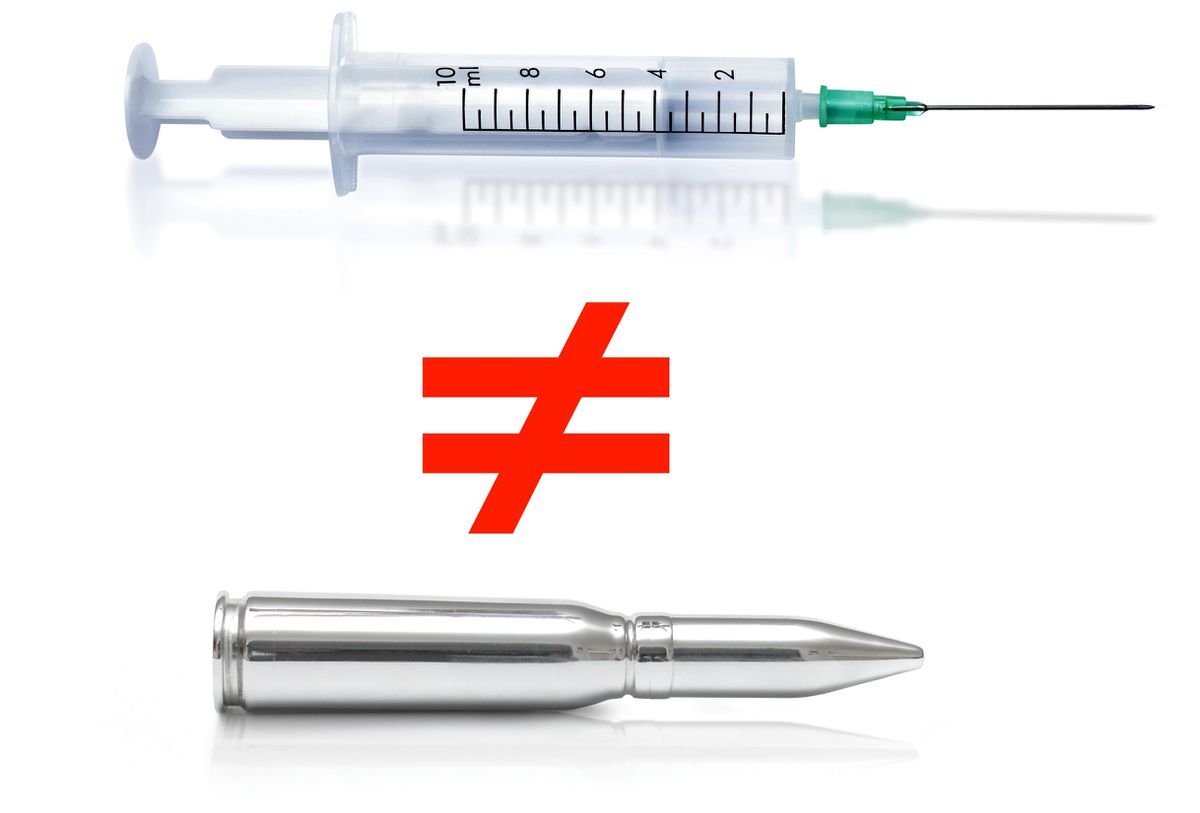 Re Vaccines are a tool, but they are not a magic bullet (Opinion, January 22): This is the best discussion I have read in the Globe and Mail since the start of the pandemic. I appreciate a critical but apolitical analysis of this heated debate. This is the medicine we need the most.

Calmed down. Concise. Informative. Thank you.

Norman Doidge’s contribution to vaccines, like his books, was beautifully written and filled with compelling metaphors – as a scientific paper, I find, it wasn’t so much.

Like his books I’ve read, Mr. Doidge uses excerpts from scientific events and stories to silence certain mainstream ideas, but I see little data or clarity around his theories and their overall implications. It doesn’t seem to me that he goes into their complexity or suggests next steps and solutions.

I didn’t come away feeling like a case was built for his “maybe if” opinions, no matter how elegantly compiled.

I don’t think any credible public health expert ever promised that vaccines were the be-all and end-all of COVID-19.

I wasn’t surprised how little coverage fluvoxamine got, because there isn’t a lot of money to be made. Whether it’s drugs or vaccines, there should be significant skepticism about Pfizer and others, because Big Pharma’s overriding goal is profit.

There is reasonably good data that supports fluvoxamine as a cheap and safe existing medication that could be taken at home for people with COVID-19 to reduce the risk of hospitalization or emergency room visits.

But that doesn’t mean people shouldn’t be vaccinated. Diminishing the importance of vaccines in this pandemic, and in the history of human health care, should be considered irresponsible.

If Bill Gates and the World Health Organization preferred vaccines to early COVID-19 experiments elsewhere, it’s because vaccines have been the effective drug of choice for epidemics over the past 100 years, from polio has the flu.

When a disaster forces people to a burning dock, they jump onto the boat offering the best chance of survival. They don’t wait to see the “maybe and if” program.

I was so relieved to see this review posted. As a pro-vaccine biomedical scientist, I have been horrified and concerned by the polarization around COVID-19 responses.

I believe a positive feedback loop between scientists, public messaging and the media has amplified the fervor to dangerous levels. Checkpoints like this opinion piece are an important balance in keeping the system within healthy limits.

Given incomplete and sometimes conflicting data, there is nowhere near unanimity among scientists and public health officials in the face of COVID-19. As a recently retired family physician, I was also not surprised to learn that various drug companies may have exaggerated their claims.

Although the public wants to have clear, concise and immutable advice, this is simply not possible. Fortunately, several approaches can actually work just as well without a clear winner. Unfortunately, COVID-zero is probably not an approach that will work.

In a crisis, decisions are made with imperfect information and tools. To make matters worse, information can change over time, as it has during the pandemic. There is no playbook to follow.

Yes, vaccines are not perfect. Yes, viruses mutate as they spread, which often makes vaccines based on original variants less effective. Yes, other treatments may exist, but they must be studied before being recommended.

We need to improve how we communicate science and public health measures. We should not communicate detailed information with titles and tweets.

Let us pay tribute to those who put their lives on hold for nearly two years to help society. Did they understand everything correctly? Of course not. But they seem to have gotten us where we could finally get out of the worst.

Was it a matter of vaccines? Unlikely. But they certainly played an important role by multiple measures.

As I always say, there are three sides to every problem: my side, the other side, and somewhere in the middle is the truth.

Re America’s Democracy May Be Weak, But Snobbing It Weakens Us All (Opinion, January 22): Whatever the shortcomings of American democracy, it is reasonably possible that a Republican president will be elected in 2024. For Europeans to build their foreign policy on the basis that the US state can remain a reliable partner would be foolish in the extreme, especially when there is no consensus in Washington.

Far from snubbing American democracy, European politicians seem to be demonstrating their faith in the possibility that democracy will produce a presidency elected precisely to undo the commitments currently made by the incumbent.

Re Anna Maria Tremonti is ready to share her story of abuse in a new podcast (January 22): I have long been a fan of journalist Anna Maria Tremonti and her skills, expertise and professionalism. It is heartbreaking to hear that she endured such trauma and abuse in her marriage.

A survivor of abuse telling her story, with such notoriety, will hopefully let even more people living in this situation know that they are not alone. Ms. Tremonti is continuing this important conversation about the law being so miserably overdue.

Re On Frozen Pond (Opinion, January 22): As an avid skater whose winter habitat is the Rideau Canal Skateway, I can understand the joy of skating on natural ice. On the rare ‘icy’ days before the next blizzard, there’s no better feeling than sliding across a mirror with the wind at your back.

The added attraction here is to sit at a picnic table on the ice, eat a beaver tail and chat with other skaters. In this regard, the Rideau Canal becomes a meeting place in winter, much like Quebec City’s Dufferin Terrace in summer – the perfect antidote to another lockdown.

Letters to the editor must be exclusive to The Globe and Mail. Include your name, address and daytime phone number. Try to limit letters to less than 150 words. Letters may be edited for length and clarity. To send a letter by e-mail, click here: [email protected]