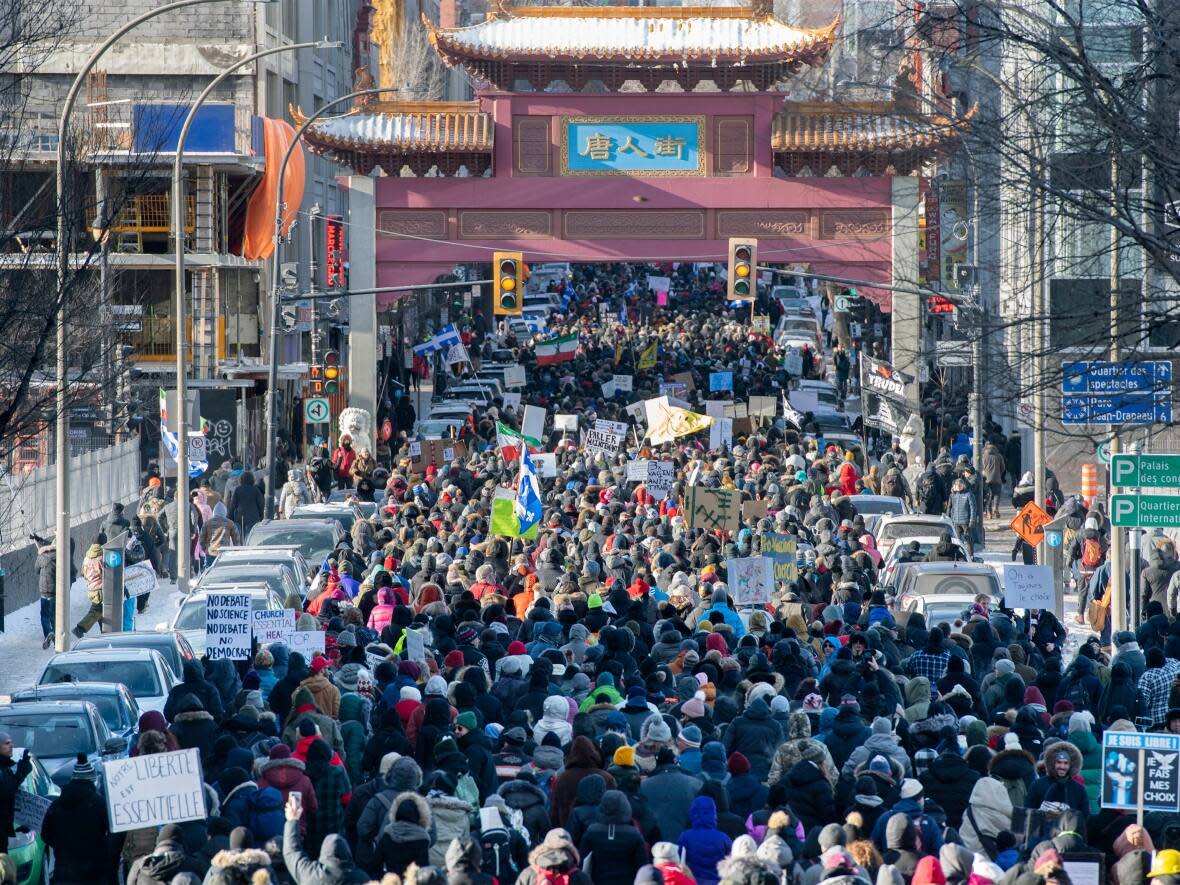 Hundreds of Quebecers took to the streets of the Old Port of Montreal on Saturday to protest against health measures linked to COVID-19 aimed at slowing the spread of the virus, in particular the return of the curfew and the widening of the passport vaccination.

Most of the protesters were maskless and did not obey the rules of physical distancing. Many waved flags and posters denouncing the health measures put in place by the provincial government, including the possible requirement to have received a third dose of the vaccine to be considered fully vaccinated.

“We are here today because we know enough is enough, and we want to recover our rights and freedoms,” said Maxime Bernier, leader of the Federal People’s Party of Canada in a video on Twitter. He attended the demonstration and called for an end to the 10 p.m. curfew and vaccination warrants.

“There is no convincing argument for mandatory COVID-19 vaccinations,” he said in a Tweet. “Compulsory vaccination policies are a blunt tool to cover up government incompetence.”

The protest came as Quebec reported 2,296 people hospitalized, an increase of 163 from the previous day and 44 new deaths on Saturday.

Some 15,928 new cases of COVID-19 have been recorded, but this number represents only those that have been reported to the Quebec government and does not take into account the limited availability of PCR tests or the use of test kits at residence.

Montreal police said no arrests were made and no tickets were issued during the protest.