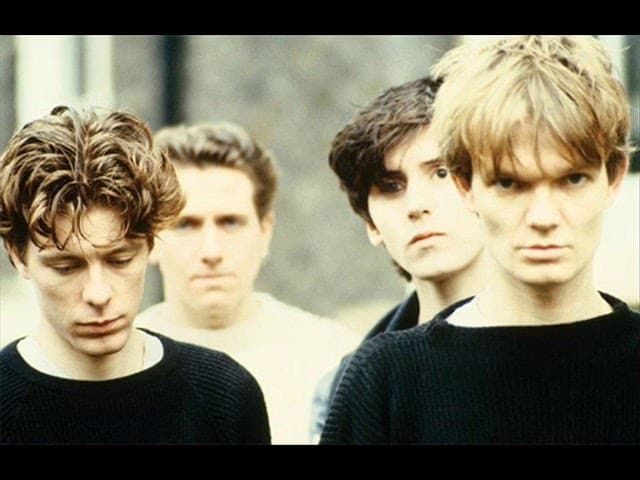 Now that you’re done pooping on POP Montreal, it’s time to brave the cold winds and hit up some gigs. This week runs the gamut from time-tested psy blasters to industrial behemoths, one of the most interesting black metal bands in years, stoner duders (who don’t suck) and my big pick of the month falling on a Tuesday night. Read about my furry friends, take a few deep breaths, and learn to love again.

Saturday: Woah, jump all Friday night, there’s a premiere. If you dig the fuzzy 70s jams of live mountain records, with a bit of krautrock that’s only noticeable if you squint really hard, you’ll definitely want to let it all hang out with Buffalo King on this glorious royal evening of the weekend. This band dazzles with its ability to get “heavy” without squashed toe angst or bludgeoning ballast. Pedal nerds and other lovers of vintage gear will want to wring their necks to the edge of the stage for this one. The opening night is the pride of local post-rock freak-out, Atsuko Chiba, at the Ritz. 179 Jean-Talon W., 7 p.m., $39.65

If you’re looking for a band that can let their jams run wild while filling their set with Van Halen and Rough Trade covers, you’ll want to head to God’s favorite bar, the Barfly, and have a good night of riffing and crooning with Cistern 20 and openers Lex Milton. 4062A St-Laurent, 9 p.m., PWYC

Fans of face-peeling shrink and the mighty Thee Oh Sees will want to line up when Castle Face family member Justin R Cruz Gallego leads the band Dreamdecay Music Group. The opening is well done by the locals PopulationII (I pray their nickname is taken from the immortal Randy Holden), Tinkertoy Fog Machine and Programmic Brooklynites, who will heat up the night at Foufs, an odd choice of venue. If you haven’t grabbed tickets for Wednesday’s sold-out concert, this might quench your psychopathic thirst. 87 Ste-Catherine E., 8 p.m., $15/$18

Tuesday: My big gigger of the month is the arena-sized indie rock of the utterly formidable Titus Andronicus. His last show at the Esco was nothing short of thrilling as songs leaped from the stage revealing true craftsmanship delivered in a completely naked and thrilling way – it’s reminiscent London callingStrummer era (and I’m not kidding here). If you love A-level songwriting played with sweeping punk rock propulsion, you won’t want to miss this. Opening is Country Westerns, in one of our borough’s most beloved spaces, the Esco. Meet at the bar. 4461 St-Denis, 9 p.m., $24.56

Alright, if you’re old enough to remember Foufounes Black Monday debauchery, you’re probably thrilled with the bits that the house of love arrives in town at Fairmount. In fact, you may really be flirting with the devil this week as you’ll likely be hot under the collar about a return of the Industrial Kings, when they won’t be playing until two days later. Opening this gigger in Fairmount is Alex Nicol. Now go to the Thursday show announcement and “call the guy”. 5240 Park, 8 p.m., $48.91

Wednesday: My bet for the strongest current band currently treading the boards and giving Boppin’ Bobby Pollard (GVB) a run for their money in terms of prolific production is King Gizzard and the Lizard Sorcerer. Every fucking record is completely different and every fucking record is completely awesome. Not only that, but they can more than deliver as part of the live. Unfortunately, it’s been out of print for a long time. Don’t worry though, my furry friends, because one of the best things to come out of recent black metal is also playing tonight….

Poland Batushka! Taking Eastern Orthodox hymns and twisting them with explosive beats, shaking and picking guitars, tortured vocals and white-hot riffs that cut through the stratosphere. If Ghost didn’t completely explode, they would be that group. Check out their epic outburst on 2017’s genre-defying record Liturgiya and pay attention knowing that they actually pull this off live. Opening at the Ritz is hate. I expect it to be packed, so get there early. 179 Jean-Talon W., 7 p.m., $39.65

Thursday: Ok, over the decades the industrial behemoths Before 242 have only grown in popularity since releasing their pioneering 12-inch Wax Tracks in the 80s and 90s. If you want to see some true legends, head to Fairmount, where Rhys Fulber Pulsum will open. Welding goggles are mandatory. 5240 Park, 7 p.m., $48.91