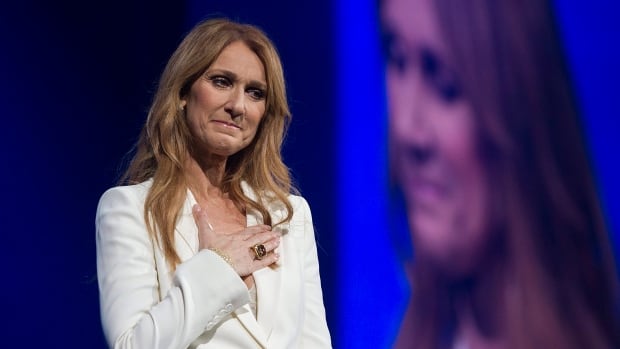 Dressed in silky striped pajamas, Celine Dion reflected on the afterlife of her husband and his return to Montreal after her first of 10 shows at the Bell Center on Sunday night.

Admitting that she was still on top during the post-show press conference, Dion said she was nervous before the show started, but the audience response exceeded her expectations.

“I’m proud when I come, that the people here are … I feel they are supporting me, and I wasn’t expecting what happened tonight. It was just overkill,” a- she declared.

â€œI have always been very well received [at] at home, every time, but it was … it was huge. “

Do well without the man who gave her everything

Dion said she and her three children were doing well with the death of RenÃ© AngÃ©lil. AngÃ©lil, Dion’s longtime manager and father of his sons, passed away earlier this year.

She said she can still feel the presence of the man who “gave her everything”.

â€œI loved him too much to see him suffer like he has for the past three years, so I’m very grateful that part of his life is over,â€ she said.

Dion said she was “ecstatic” to be home.

She said that Quebec fans come into the show, but that they are better listeners than her French fans, who prefer to sing every song.

She was quick to add, however, that one is no better than the other – just different.