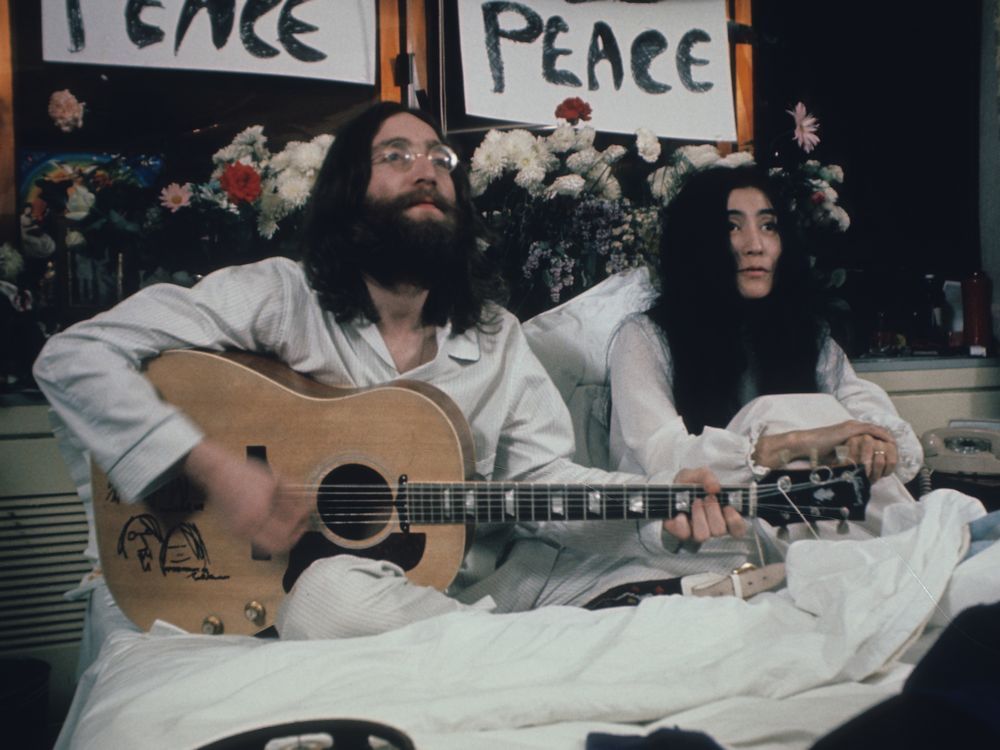 He was a soft-spoken, soft-spoken giant, distinguished by his Beatles-style hair and an ever-present smile on his face. But Bill Rotari, who died at age 85 last week, certainly had a place in Montreal’s pantheon of memorable characters.

Rotari has played a vital role in two of the most important chapters of cultural life here. He handled the details of John Lennon and Yoko Ono’s bed-in for peace at the Queen Elizabeth Hotel in May 1969 and their recording of Give Peace a Chance. He was also credited with helping launch Celine Dion by signing her to a CBS recording contract.

But Rotari rarely talked about its own accomplishments. He was much more interested in talking about baseball. Die-hard Expos fan Rotari, who played in the Braves organization, was devastated when the team left town. A fixture behind the plate at almost every Big O game, he would implore his friends to buy season tickets to avoid the team’s departure, and many of us did. Unfortunately, in vain.

“My job was to promote others, not myself,” he would invariably say.

Rotari, who has spent most of his working life as a record executive for Capitol/EMI, CBS and Sony Music, has finally opened up about his bed-in involvement nearly 40 years after the event.

“Everyone seems to have their version of events and a lot of people take credit for organizing the event,” he told me in a 2008 interview with the Montreal Gazette. “It became like Woodstock. I don’t even think some of the people who said they were there were there. There have been so many misconceptions. »

In 1969, Rotari was regional general manager of Capitol/EMI, the distributor of Lennon’s music here. A few days before their arrival, Rotari received a call from its headquarters informing it of Lennon and Ono’s plans to host a bed-in. He was instructed to greet the couple upon their arrival at the Queen E. and provided with cash to ensure there was adequate security for the anticipated binge.

Rotari spent a few quiet hours with Lennon and Ono in their suite before slipping into their pajamas and going to bed.

“It was crazy. Everyone who was anybody wanted to be by their bedside, from Tommy Smothers to right-wing cartoonist Al Capp, who got mixed up with John because of their huge political differences,” Rotari said. “Despite all the commotion in the room, however, John was in his own space and continued to quietly sing this song to himself. A few days later he informed us that he wanted to record a song in the sequel and asked if we could provide him with recording equipment.

Rotari called every recording studio in town, but all were closed for the weekend. He eventually got lucky, landing up-and-coming sound engineer André Perry, who at first thought it was all a gag.

It turned out that the song Lennon had sung to himself was Give Peace a Chance.

“John wanted as many voices as possible for the chorus. In addition to all the people stuck in the room, hotel security rounded up the people hiding throughout the hotel. They thought they were going to get busted. They didn’t know they would be part of the recording. It was just crazy. Along with those people were Smothers, Petula Clark, Derek Taylor, and even Timothy Leary. There were hardly any instruments around, so people in the room started kicking doors in rhythm and playing whatever utensils they could find.

Somehow it all came together. But what really pissed off Rotari — who also provided background vocals on the song — were those he never knew or saw later, taking credit for everything from organizing the hall in setting up the recording session, with some even writing books saying so.

“We were his record label. Why would he go to a complete stranger to set everything up? It seems, however, that some will do anything to grab some glory.

Lennon and Ono returned to Montreal soon after to promote Give Peace a Chance. Rotari organized the press conference and, prior to it, presented Lennon with a Canadiens jersey. It was a little ironic, because Rotari had one major character flaw: he was a lifelong Bruins fan.

Rotari reconnected with Ono in 2009 at the Montreal Museum of Fine Arts for the opening of Imagine: John and Yoko’s Ballad for Peace, an exhibition marking the 40th anniversary of their bed-in.

He eventually moved on to CBS, which later became Sony Music.

“I met René Angélil in a burger in the early 80s, by chance. I had known René before he directed Céline, from his beginnings when he sang with the Baronets. I was singing with my own band at the time, the Favorites. About the burgers, I told René that before re-signing Céline to their old label, he should consider meeting with me at CBS to discuss going there.

Angélil did, and Dion never looked back.

Rotari, who semi-retired from the business 20 years ago, has never looked back either, although his dream was to become a singer-songwriter. He performed in choirs as a child and later with the Favorites. He continued, recording the song On a Christmas Night in 2020.

Unsurprisingly, he never called to promote it, let alone mention it. But he sent tapes of a singer he thought had a shot at becoming a major star one day, which we allegedly discussed at a post-pandemic luncheon that never happened.

6 things to know about Thursday’s thunderstorms