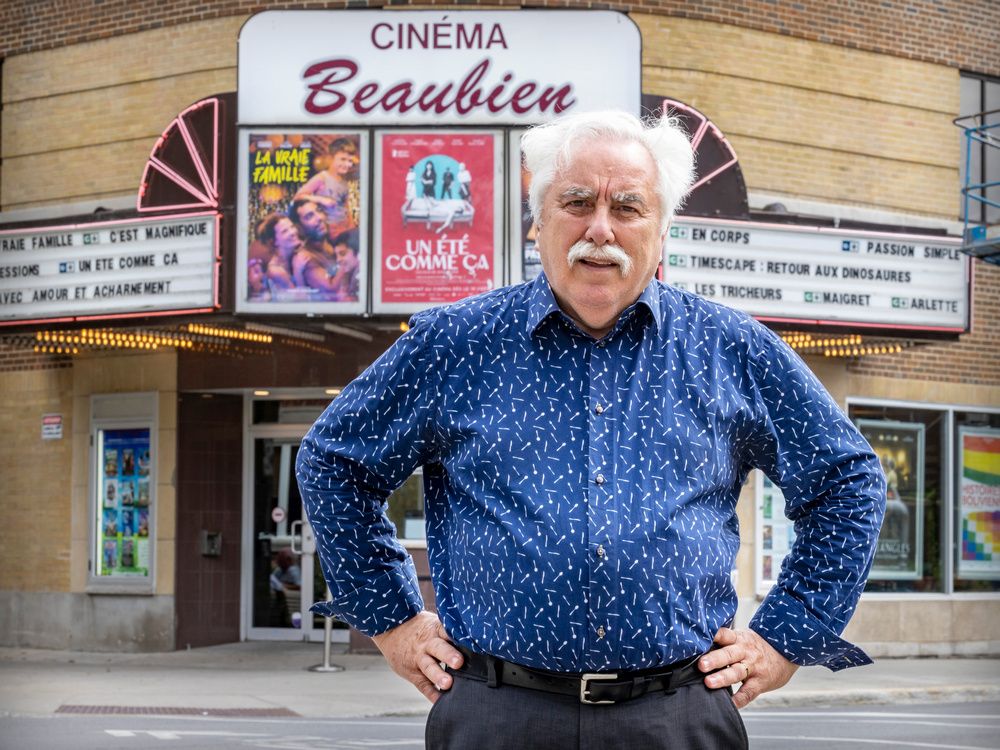 Brownstein: Mario Fortin, an unparalleled filmmaker, calls it resignation after 50 years in the business

Few in the business would disagree: Mario Fortin knows pretty much more than anyone in Montreal — and far beyond — about the Byzantine inner mechanics of the film industry, from production to distribution, from programming to promotion. And few care more about movies either.

Over a career spanning 50 years, Fortin, almost always behind the scenes, saw revolution after revolution unfold in the battle for the hearts and buttocks of viewers at local cinemas, but he remained defiant that nothing could or will never replace the big screen. live.

For the past 20 years, Fortin ran the Cinéma Beaubien and, later, the Cinémas du Musée and du Parc, and succeeded in not only keeping them afloat but also making them thrive. In the case of the Beaubiens, Fortin is also credited with contributing to the cultural and economic vitality of the Rosemont—La Petite-Patrie district.

More importantly, Fortin succeeded on his terms, with a focus on showing quality films and showcasing local talent. That’s no mean feat, either, in place of stiff competition from the myriad streaming and pay-TV services, not to mention the COVID-forced shutdowns over the past two years.

But ready to turn 70 in September, Fortin has decided to make it his career. Roxanne Sayegh, co-founder and former director of Cinéma Moderne, succeeds Fortin on September 6 as general manager of the Beaubien, Musée and Parc cinemas. Fortin will offer him advice for a month, before undertaking a three-month chronicle of his experiences in the trade.

Fortin had just turned 20 when he started working as an assistant manager at the theater in downtown Seville, part of the then powerful and now defunct Cinemas Unis (then Famous Players) chain. Later, he was to work at such grand downtown venues as the Loews, Capitol, and Palace, among others in the chain. It was the time before multiplexes, when most of these massive structures could be satisfied with showing only one film per day in only one room. These were the days before the advent of pay TV and streaming services.

“Our chain had 72 theaters, and only a handful had dual screens when I started,” recalls Fortin. “When I left 15 years later, we had 72 screens in 17 locations. Most major theaters were closed here.

Running movie theaters today is probably more akin to squabbling wildcats, but more about the stress than the scratch front. And yet, the ever-smiling Fortin maintained his genius character throughout.

“The film industry keeps going in circles,” says Fortin. “Every five years since I started, there has been a revolution in screening platforms. That makes me 10 revolutions in my 50s. And there will certainly be more to come. Now more than ever, there is no more routine in this profession, especially after the arrival of COVID.

Last weekend’s North American box office tally must have caused heartburn for movie directors, with the top-grossing film, The Invitation, earning a whopping $7 million. This does not bode well for the industry. Unless it’s a Top Gun or a Bond epic, these are tough times.

Fortin is a half-full guy: “It’s been tough, but it’s such a cyclical business. There wasn’t a big release last week, but in the coming weeks, four blockbusters will be released at the same time, and theaters will be full again.

Fortin is not entirely at the mercy of Hollywood. It has programmed its theaters with a mix of quality independent, vintage and local products in addition to major Hollywood and foreign releases with the aim of appealing to Anglo, Allo and Franco customers of all ages and backgrounds.

“We have to keep our eyes and ears open all the time to see what’s going on. Our team goes to all the festivals to see what’s coming out. But the key for us has always been to listen to what our audience wants, likes and dislikes. Then it comes down to whether we book a movie at all, or for a week or five weeks, or whether we put it in a big room or a small room. It’s always a challenge.

The biggest challenge Fortin has faced lately is trying to draw young viewers away from their devices.

“So many people live on their computers, TVs and phones. We need to find ways to get them out to the movies to experience the big sound and the big screen while being surrounded by hundreds of people who will laugh or cry and have fun with them.

“I remember as a child watching Lawrence of Arabia in 70mm. You could see Lawrence riding his horse towards the audience, larger than life. You could almost feel the sand flying around you,” says- he before quickly adding, “Try to get the same experience for yourself on a four-inch phone screen. Impossible.”