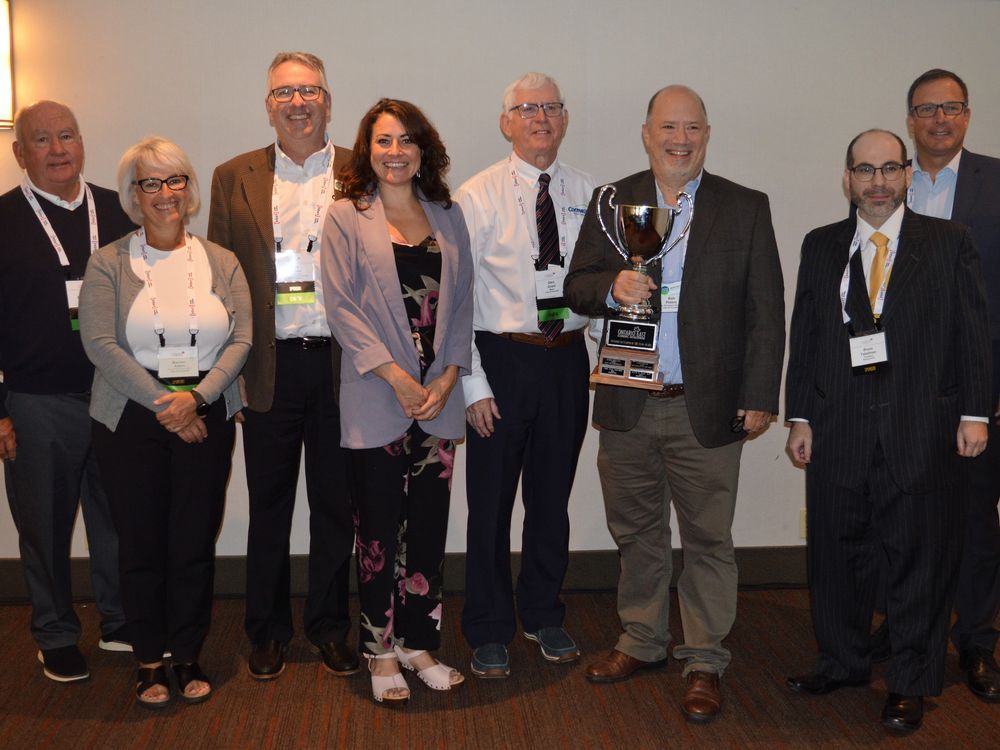 Peters began his acceptance speech by thanking everyone for attending the OEM, held at the Development Center, and for all having the same vision to invest in the region. He said he learned from the best over the years: former Cornwall general manager Paul Fitzpatrick and Cornwall general manager of planning, development and recreation, Mark Boileau. — who both held the same trophy in 2001 and 2009, respectively.

“It’s been a very rewarding career…the big thing that I’ve always believed in is that Eastern Ontario is the best part of Ontario,” Peters said. is the part that deserves the attention of the rest of the country, and especially of those in power in Toronto.

Peters thanked Cornwall Mayor Glen Grant, the current city council, and former politicians for their positive attitude towards welcoming ideas and newcomers to the city. He credited his “strong team” of colleagues who “work with heart” and team effort.

“I have had the privilege of working with Bob over the past few years and witnessing his extraordinary commitment to the community of Cornwall,” said Jay Amer, Executive Director of the East Cornwall Economic Development Commission. Ontario. “He brings innovation and determination to this role and has worked tirelessly to make Cornwall a major hub for business, manufacturing and logistics in Eastern Ontario.

“Bob’s leadership has been an inspiration to his colleagues, peers and the business community, and this award is so well deserved.”

Peters has supported projects totaling more than $250 million for the region throughout his more than 30-year career. Last year he facilitated the sale of over 330 acres in the Cornwall Business Park, which will generate revenues and investments estimated at $1 billion over the next three years, and brought an initial investment value of $8 million dollars to the city.

His award was sponsored this year by ResearchFDI, one of Canada’s leading investment attraction agencies, founded by Bruce Takefman, who was a member of the award selection committee.

Peters spoke of unprecedented investment and interest in the region over the past two years, and the importance of capitalizing on this interest and investment to create jobs, growth and prosperity for residents. .