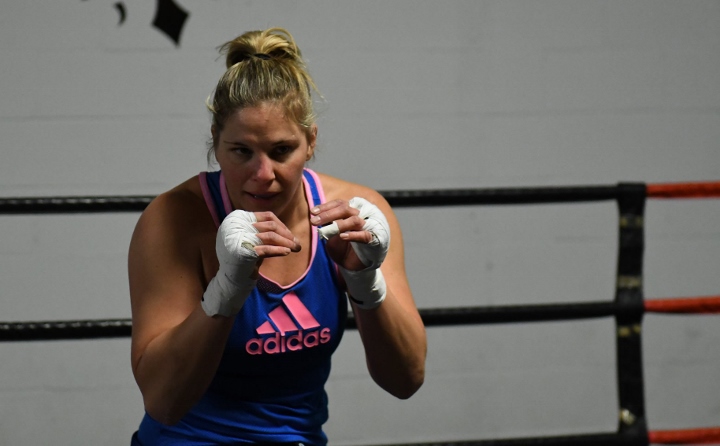 As officially announced last week, a big boxing night is scheduled for Friday, December 17 at the Bell Center in Montreal. Three world championship fights and four world belts will be contested there as part of this gala presented by Top Rank and Groupe Yvon Michel.

As the main attraction, unified light heavyweight champion Artur Beterbiev (16-0-0, 16 KOs) will face WBC No.1 contender Marcus Browne (24-1-0, 16 KOs). The IBF & WBC light heavyweight titles belonging to the proud Chechens will be at stake in this explosive fight.

Montrealer by adoption, Beterbiev is at the top of his game. In a fight against him, no one has yet managed to reach the limit. His obligatory competitor from New Jersey is a 30-year-old left-handed veteran who is known for his boxing skills.

In the super-welterweight division, former IBF world champion Marie-Eve Dicaire (17-1-0) will have the opportunity to regain her title against the powerful IBF # 5 noted Cynthia Lozano (9-0-0 , 7 KOs) from Monterrey, Mexico. Dicaire will be in his 6th career world championship fight. She will try to become the 4th pugilist in Quebec to regain a world belt after Lou Brouillard in 1933, Arturo Gatti in 2004, and Jean Pascal in 2019.

â€œI am absolutely delighted to be part of an event of this magnitude. Three world championships on the same map, it’s an incredible evening, never seen before! Following my loss to Clarissa Shields, I mentioned that I was going to use this experience as a springboard, to come back stronger. Now is my chance and I guarantee you I’ll take it, â€DiCaire said.

Quebec flyweight Kim Clavel (14-0-0, 2 KOs), who recently won the WBC Silver title, will try to dethrone WBC champion Yesenia Gomez (18-5-3, 6 KOs). Gomez will defend his position for the 5th time since 2018. Clavel could become the 19th pugilist from Quebec to conquer a world boxing title, from Jack Delaney in 1925 to Joachim Alcine of the GYM in 2007.

“Finally! After 15 years of boxing, my dream is coming true. I finally arrive at the most exciting moment of my sporting life: to step into the ring for a title of world champion. I know that against Yesenia Gomez, who has been the longtime WBC Light Flyweight Champion, it’s a tall order. I’m mentally and physically ready, I have what it takes to emerge victorious from this fight with the WBC flyweight belt around the size, â€Clavel commented.

Island break or city break? The 10 largest island cities in the world