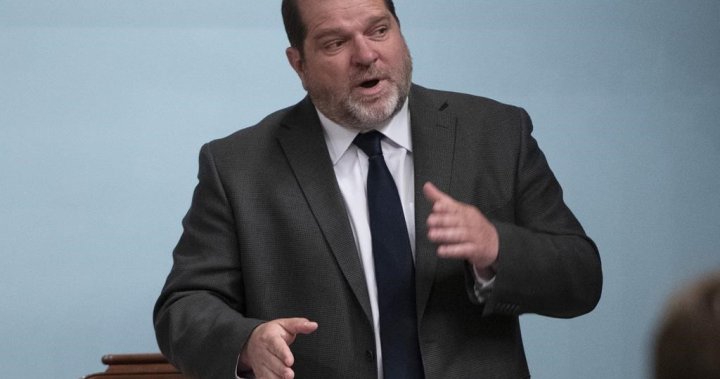 The alleged victim of the sexual assault trial of former Quebec politician Harold LeBel told the jury on Tuesday that she was repeatedly touched against her will during an entire night at the defendant’s condo in October 2017 .

LeBel, 60, a former Parti Québécois member of the Legislative Assembly, pleaded not guilty to one count of sexual assault in the case heard in Rimouski, Que.

The identity of the alleged victim is protected by a publication ban.

She told the court that she spent an evening at LeBel’s condo with another woman.

Harold LeBel removed from Parti Québécois caucus after his arrest

The alleged victim told the court that the conversation took on a more personal tone when she was alone with LeBel, but she said there was nothing out of the ordinary and that she felt “confident with him, whom she considered a “father figure” and seemed “depressed”.

That was until he suddenly put his hands on her thighs and kissed her, the plaintiff told the court. She said she was “extremely surprised” and had “no attraction to Harold LeBel”, as she recoiled from him.

She told LeBel she was tired and wanted to take a shower and go to bed, but alleged that LeBel followed her and undid her bra before she could enter the bathroom.

“He started arguing,” the complainant said, urging her to stay and trying to open the locked bathroom door.

“I was completely in shock,” the alleged victim said, adding that she was shivering in the bathroom. “I didn’t understand what I was going through. According to the woman, LeBel, out of nowhere, had become someone “completely different”.

Once out of the shower, she fell asleep in the Murphy bed in LeBel’s living room when the accused asked if he could lie down next to her.

Advances and unwanted touching continued throughout the night, the accused allegedly touched and squeezed his buttocks.

“I mobilized my whole body not to move,” she told the court, recalling that she felt “vulnerable” and thought it would be “worse” if she moved.

She told the jury that she waited all night for the acts to stop but they continued until sunrise.

The alleged victim later confided in the car to the other woman who had stayed in the condo, crying in the car and pleading with her not to tell anyone.

“I didn’t want to cause trouble, cause waves,” the alleged victim said, adding that she was in pain from being tense and rigid all night.

Prosecutor Manon Gaudreault told the jury that LeBel had “crossed the line” of friendship and that the plaintiff had tried to “wipe that from her memory, without success.”

LeBel was arrested on December 15, 2020, resulting in his removal from the PQ caucus.

He was first elected to the Legislative Assembly in 2014 and re-elected in 2018 as a PQ MP. He did not seek re-election in last month’s vote.

Superior Court Judge Serge Francoeur is presiding over the trial, which is expected to last two to three weeks.

The trial is due to continue on Wednesday.