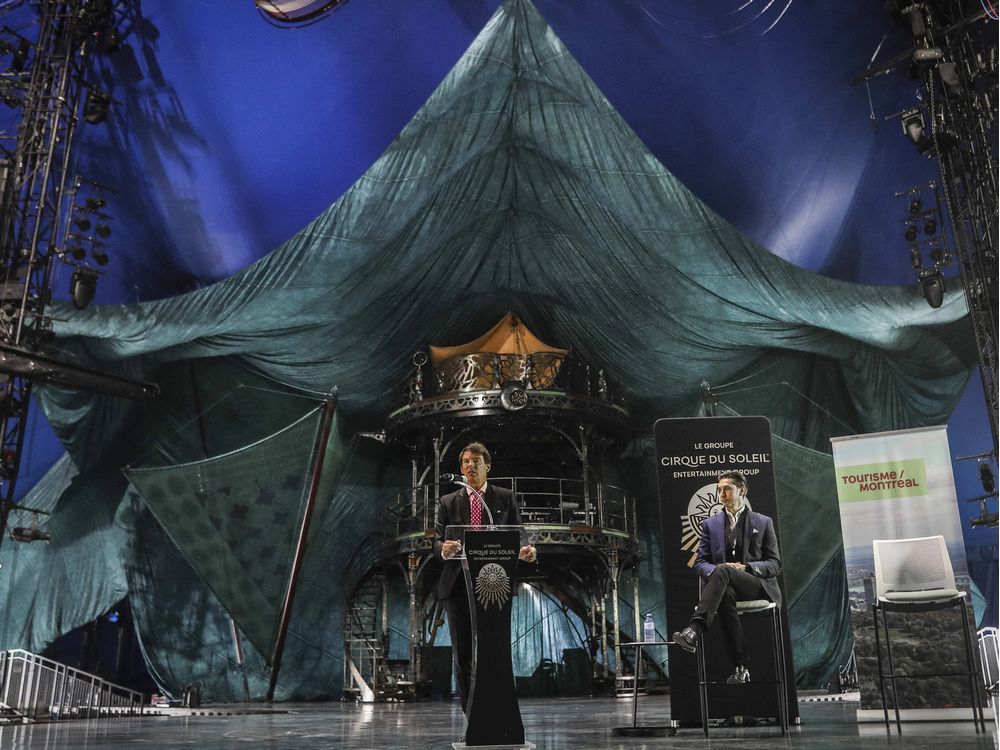 Tourisme Montréal and Cirque du Soleil have signed an agreement for the tourist organization to pay Cirque $250,000 a year to help promote Montréal. It’s a two-year deal with an option for a third party, and both sides have suggested it could easily last much longer.

The Montreal circus has entered into a 10-year agreement with the Old Port to present a new Cirque du Soleil show each year under its big top just east of the Jacques-Cartier pier. The first show under this deal is Kooza, which opens May 12.

“We believe we can provide a great showcase for the city of Montreal at the local, national and international levels,” said Cirque CEO Stéphane Lefebvre during a press conference under the marquee on Wednesday.

He said that a Cirque show in Quebec has an economic impact of approximately $45 million.

In exchange for payment, Tourisme Montreal may have promotional material under the Cirque tents for shows in Canada, and this could expand to include shows in the United States and other countries.

“We are paying for the integration of the brands together within the marquee,” said Tourisme Montreal CEO Yves Lalumière, adding that the agency will have “access to their fanbase, which is huge. They have a customer loyalty program. They have a newsletter. Having the opportunity to tap into this clientele for us is certainly very interesting.

“When you associate yourself with a winner, you will reap the benefits. Also, making sure people understand that Cirque du Soleil is a Montreal trademark. It’s an ambassador for Montreal. I think it there are so many benefits to having the two brands integrated together.

Lefebvre said money isn’t the most important aspect of the deal.

“Quite frankly, we have sponsorship deals that are worth more than (this deal). The financial part hasn’t been the main driver for us. You could see two bodies whose missions could well complement each other and bring people back to Montreal, contribute to the revival of the cultural and artistic sectors here.

Lalumiere said he expects tourism to rebound significantly this year in Montreal.

“It was very catastrophic for the industry,” he said of the pandemic. “Right now we have a lot of conferences, so the numbers now show that we’re looking at 70% occupancy (in hotels in Montreal), where two years ago there were 20, and last year it was around 40% in our biggest month. So that’s a big increase, and honestly, it’s beyond our expectations. The intention of French and American travelers is stronger than we thought. It looks good.

Sidney Crosby, Evgeni Malkin, Kris Letang and the end of the road for the Penguins…