(April 18, 2022 / JNS) Rehabilitating a crack house in Tiberias wasn’t exactly in the job description of Yamin Levy, rabbi of an Orthodox synagogue in Great Neck, NY. But that house was right next to the dilapidated tomb of Rabbi Moses ben Maimon, the great medieval philosopher and halachic authority known as Rambam or Maimonides. And so, Levy couldn’t sit idly by.

It was in 2004, during the final days of the second Intifada, when Levy led a solidarity tour of Israel that included several congregants from his Iranian Jewish Center congregation as well as the mayor of Great Neck.

“We were mortified when we stopped to visit the Rambam’s tomb and saw this house,” Levy reminded JNS in a Zoom interview. “There was blatant prostitution there,” he says. “I was so upset; I was physically ill.

Back in New York, the rabbi set out to find out who owned the house and raised the funds from his followers to purchase the property. “That’s how our organization started,” he explains. Among the initial donors were Joshua Setton, CEO of Setton International Foods; and the late Stanley O. Silverstein, founder of Nina Footwear.

Visitors to the Tiberias site today see a totally different reality. Maimonides’ tomb, which the 2004 New York delegation found neglected, dark and dirty, is now well lit, surrounded by manicured shrubbery, filled with new prayer books, and furnished with comfortable and attractive seating. Plaques in English and Hebrew explaining important facts about the revered sage mark the approach to the site.

At the Tomb of Maimonides (the Rambam) in central Tiberias, on the western shore of the Sea of ​​Galilee. Photo by Judy Lash Balint.

The former crack house next door is now a restored three-story building that houses the Maimonides Heritage Center, an active educational and community facility used as a place to implement the educational principles and acts of kindness of the Rambam.

But at first the opposition came quickly and furiously from an unexpected side: the haredi political leaders who oversaw the National Center for the Development of Holy Places which operates under the Ministry of Religious Services. They didn’t want to relinquish control of the site.

“We had to go to war with them,” recalls Levy. “They asked, ‘Who is this American rabbi who came out of nowhere to take over here?’ ”

With the help of the likes of Likud Knesset member Limor Livnat, who served as education minister (2006-2008) and culture and sports minister (2009-2015), things have started to change. . Livnat, who has a home in northern Israel, shared a vision to bring 1 million people a year to an educational center in Tiberias based on Maimonides’ principles.

According to Levy, it was Livnat who used her influence to fight opposition and push through the bureaucracy that allowed the Americans to proceed with the renovations to the tomb, as well as the purchase of the property that became the center educative.

Acting Mayor of Tiberias Boaz Yosef told JNS he is not bothered that almost all of the funding for the revitalization of Maimonides’ tomb and center comes from abroad. “Unfortunately, the government does not approve, and there is almost no government funding coming to us,” he laments. “Such a site is important to all Jewish people, and we welcome anyone who wishes to participate.”

Today, the center enjoys support from the Ministries of Education and Tourism as well as the Office of the President. 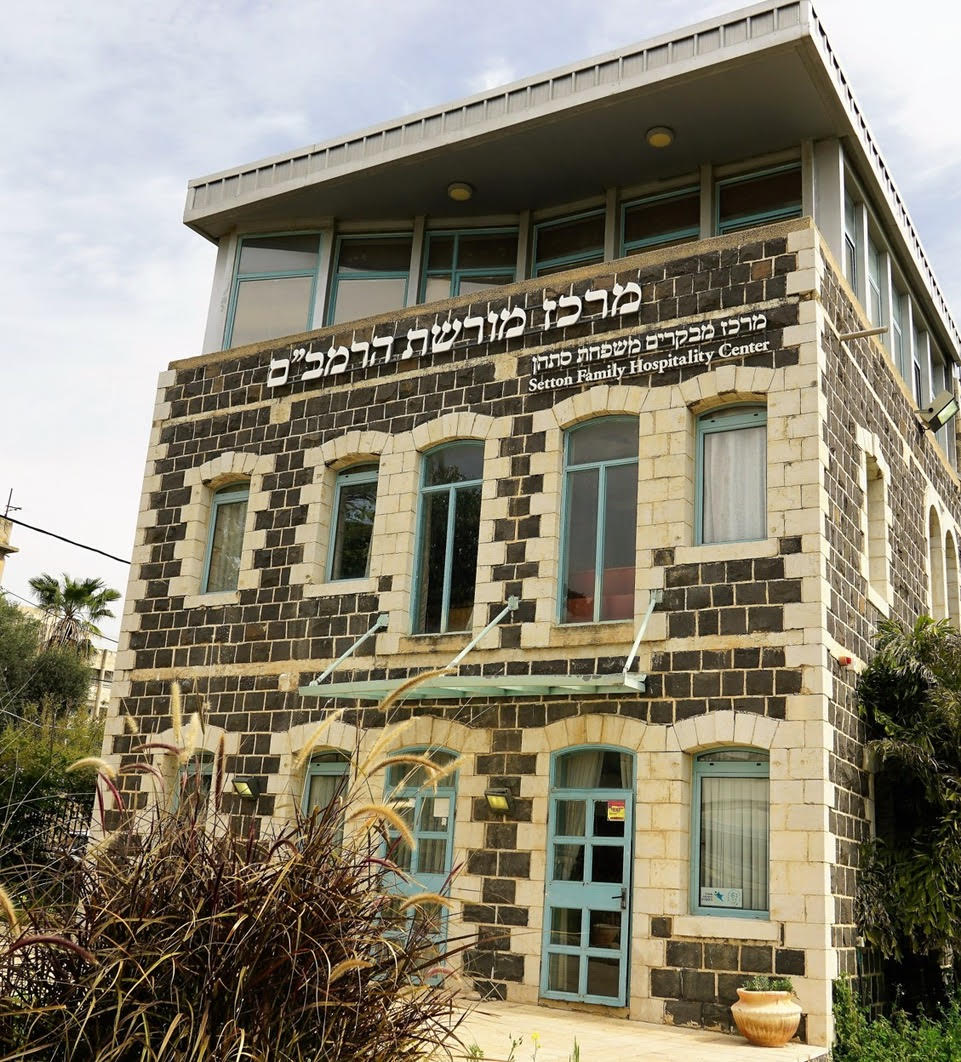 The old crack house in Tiberias is the Maimonides Heritage Center. Photo by July Lash Balint.

‘Oou will find your connection to Judaism here’

In recent decades, Tiberias — a city of 55,000 on the west bank of the Kinneret — has suffered from tensions between secular and ultra-Orthodox populations, coupled with a succession of mayors who have failed to capitalize on the remarkable physical and historical assets of the city to change its image.

The coronavirus pandemic has caused even more deterioration in a city whose economy relies heavily on tourism, so Yosef sees the Maimonides Center as a major draw. “Jews around the world honor the Rambam; we want to build a place where they can all come and honor this great legacy,” he says.

Now the goal is to expand the existing renovated center into a $20 million state-of-the-art Rambam district in the heart of Tiberias. “The vision is that you will find your connection to Judaism here, no matter who you are – religious, non-religious, male or female, Sephardi or Ashkenazi. It’s our bond,” says Levy enthusiastically.

The rabbi’s group has hired the multidisciplinary design firm Diskin, whose Israeli projects include the Peres Peace Library in Tel Aviv and the Friends of Zion Museum in Jerusalem. Diskin’s motto – “Conduct immersive emotional and physical experiences that convey your message” – is exactly what Yosef and Levy hope to create in the area surrounding the Rambam’s Tomb.

Although he grew up in a devout household in Montreal and received a Jewish day school education, Levy says he never encountered the Rambam’s teachings until the early days of his life. yeshiva studies in Israel. It was his teacher, Rabbi Haim Fogel, who opened the door to Maimonides for young Yamin Levy.

The discovery of a character who combined philosophy, Talmudic wisdom, medical knowledge and intellectual rigor was intriguing and became the focal point of Levy’s Judaism. “Rambam was a codifier of Talmudic tradition and a staple of Jewish law. You cannot learn Jewish law without the Rambam,” he says.

“I firmly believe that the Rambam is the voice of the serious Jew of the 21st century. It is the voice of reason, of deep spirituality, the voice of science and philosophy, and halakha at the highest level and the voice that connects our Talmudic authorities to Jewish law until today,” he explains.

Levy told JNS that in 2004 he zeroed in on an idea from the Rambam that suggested the Messiah would come from Tiberias. Tiberias was the last place the Sanhedrin was exiled to, and so before returning to Jerusalem it must meet where it last met. “I came back to the United States and said, ‘We’re going to bring Mashiach from Tiberias!’ It was a naive youngster’s vision, but that’s what got people excited,” he says.

He adds that “along with the development of the educational center, this vision has become the goal of helping to achieve economic stability for the city of Tiberias”. 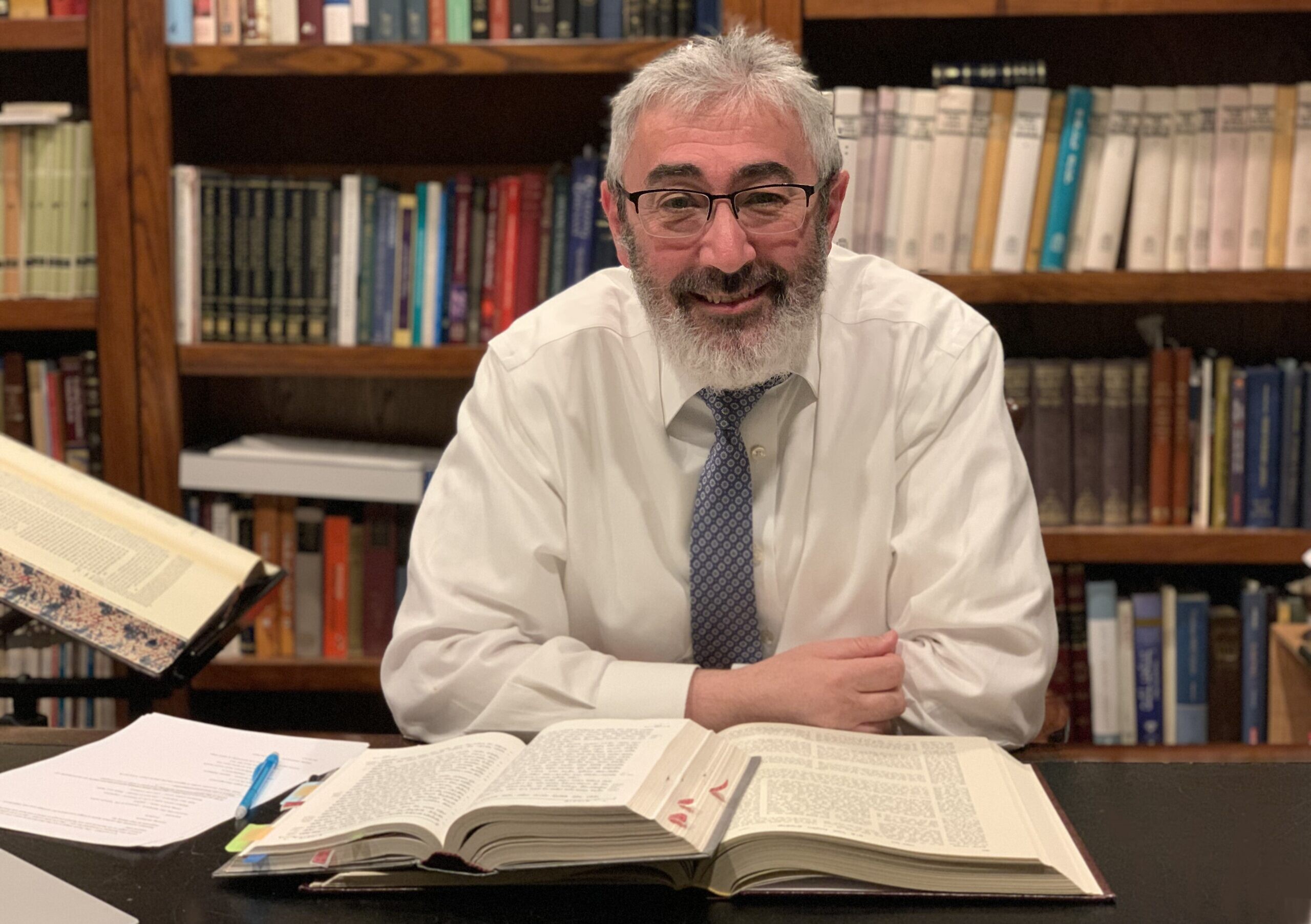 “He’s a mover and a shaker”

Members of the Iranian-American Jewish Federation of New York, along with members of Levy’s congregation, united in embracing Tiberias as a place of investment and charity. Eight years ago they invested in several projects in the city, including a new shopping center and the renovation of the promenade along the Kinneret.

In Israel, the day-to-day work of the center is supervised by Fogel, the former yeshiva teacher who, like Levy, wears many hats. In addition to his role as president of the Maimonides Heritage Center, Fogel serves as president of Rav Kook House in Jerusalem and heads the board of trustees of Orot Israel College, a teacher training college in Elkana; and Ort’s Rehovot Campus, formerly Moreshet Yaakov College. “He’s a mover and a shaker,” says Levy.

Dozens of volunteers and a handful of staff carry out the center’s work. There is a waiting list to be accepted as one of 40 Sherout Leumi (women’s national service) volunteers who receive professional development and shared housing in exchange for their work with the young and old in the area, in addition to organizing extracurricular activities.

Educationally, the center maintains close contact with school principals and provides weekly print and online content to students of all ages. More than 10,000 school-aged children visit the center each year, in addition to visits from Birthright and Israel Defense Forces groups. For adults, the center organizes an annual Rambam conference which drew more than 1,000 people last year to a hotel in Tiberias.

Levy is optimistic that these activities and financial investments will help restore one of Israel’s four holy cities to its rightful place as a sought-after tourist and educational attraction. “Tiberias is the most beautiful city in Israel,” he insists. “I have a small apartment there, and that’s where I plan to retire.”