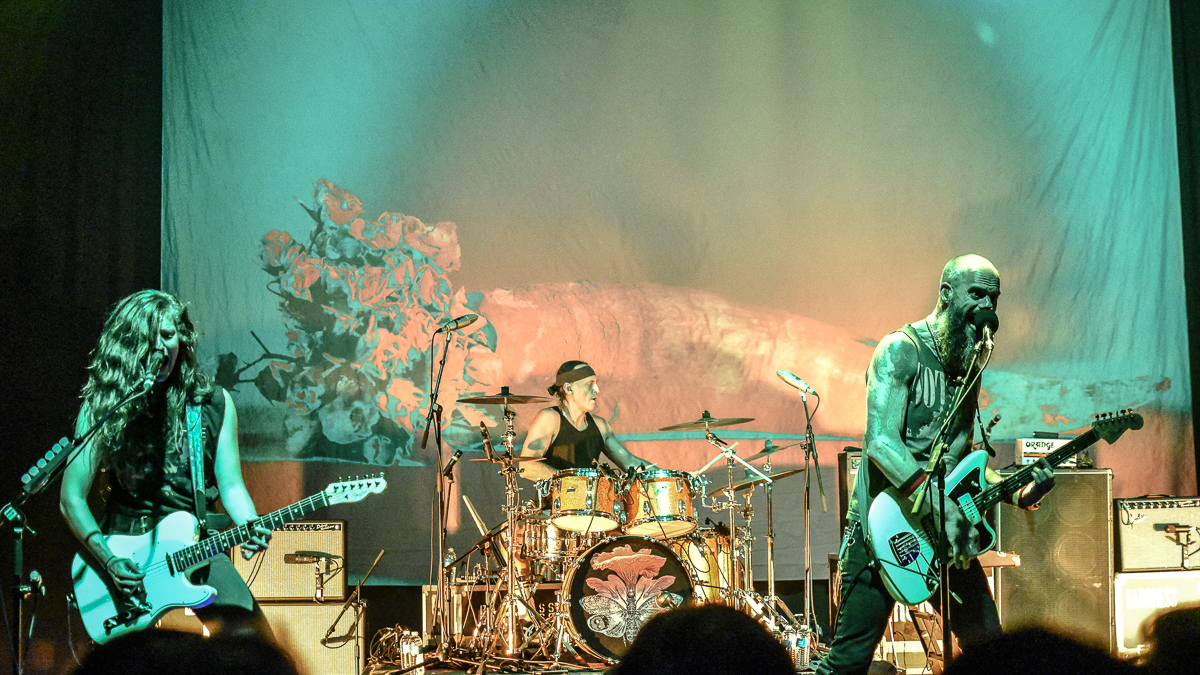 As of this writing, I’m still reeling from the action-packed first weekend of April.

Right off the bat, there were sold-out or nearly-sold-out shows for the sublime Low, the fire and brimstone of Nick Cave and Warren Ellis, the nude psych rag-tag of the Brian Jonestown massacre, the gnashing of teeth hardcore giants Circle Jerks and 7 Seconds and finally the dark drone power of Stephen O’Malley from Sunn O))). At the shows I was able to sneak into over the weekend, people were in perhaps the best mood I’ve ever seen in a venue with our natural need for human fellowship running. And the best part is that April keeps giving, something I’ll talk about in a moment.

Here’s the catch though: Although COVID restrictions are being eased for concerts as we enter the sixth wave and learn to live with the pandemic, we’re not out of the woods yet. Touring bands and local bands began to make their presence known and breathed new life into our hallowed halls at the end of March. Unfortunately, COVID dealt another blow to two small venues tearing at the seams with music-hungry punters. This of course resulted in cancellations while the venue staff recover so they can continue to serve you mousse.

So listen up, Poindexter: Again, we’re LIVING with COVID now, so if you feel like you’re experiencing some symptoms, even mild ones, don’t be a complete burglar and risk infecting others who are already a bit worried about being shoulder to shoulder with people in a place. There will be plenty of upcoming shows, so if you suspect you might have symptoms, do the right thing and let it pass for now. Also, stay in school and don’t do drugs, kids!

Now that I’ve beckoned you poor puds, here are my big picks for April that you’ll definitely want to put your masks on for.

Pedal enthusiasts and other myopic goggle and backpack fans will definitely want to squeeze the earplugs when Mogwai liquefies your teeth fillings at the Corona Theater. 2490 Notre-Dame W., 8 p.m., from $44

Sure, plenty of you climb up to Turbo Haüs to see No Fun City’s mighty duo, the AD Pack, and sure enough of you want to try your luck on the Strange Breed middle band, but the real Guac in this rock ‘n’ roll burrito are local openers and muffins, the Sick Things. Arrive early for these local riff slingers. 2040 St-Denis, 8 p.m., $12/$17

For some reason I spend a lot of time explaining to pedestrian music listeners (probs while waiting for Osheaga) that this isn’t a column of metal so I’m not gonna push the fact and tell you about Judas Priest and the almighty local answer to Priest and Nwobhm, Metalian, who are both playing this month. But I’ll tell you all the heshers that were captivating for the Baroness in February that you can now redeem them at the makeup salon at the Ritz. 179 Jean-Talon West, 8 p.m., $84

For people who think guitars are only for landlords, lawyers, uncles, and other shy people, you can put your danger on guilt-free with the anarcho-fueled electronic mayhem of NYC’s Blu Anxxiety, complete with the equally crucial Mickey Dagger. The openers are Ilusion, in the Left Hemisphere. It’s a youthOfNausea joint, so you know it’s awesome. 221 Beaubien E., 9 p.m.

Current obsession: The Ruts, “The Crack”

This column originally appeared in the April issue of Cult MTL.

See previous editions of Hammer of the Mods here.