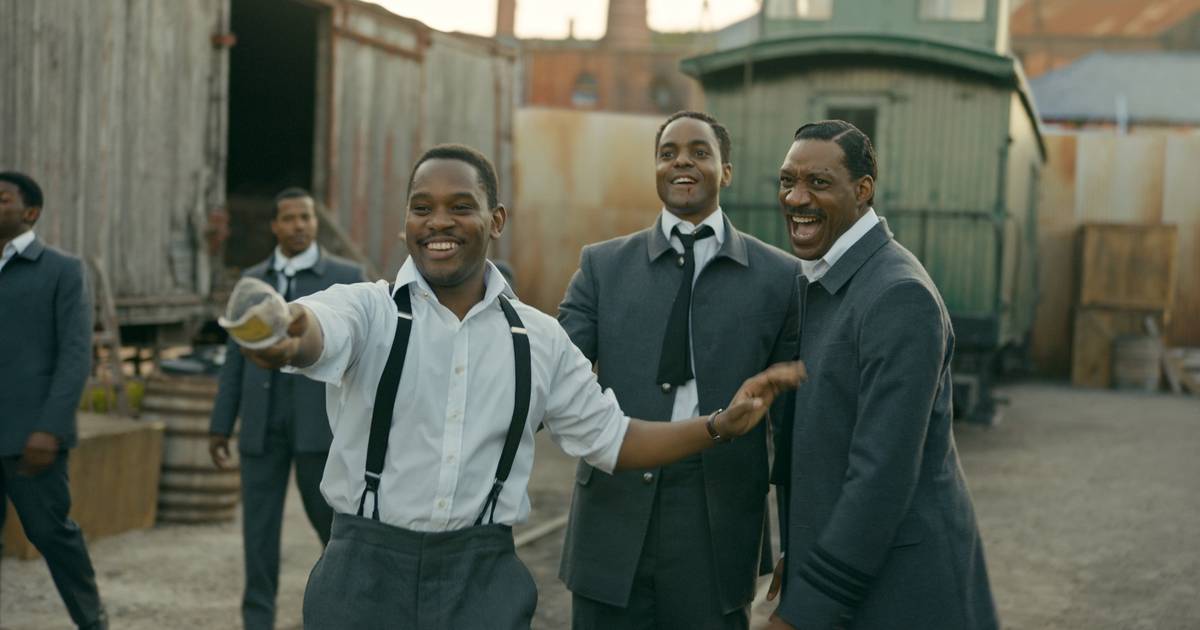 I’m a big fan of “The Porter”, the juicy and gripping series set in 1920s Montreal and Chicago, now airing on BET+ and other platforms.

Premiering north of the Canada-US border earlier this year, this CBC/BET co-production blends untold black history, gangster melodrama, nightclub sequences and a rich array of life. of the black working class, all in the context of the historic formation of a North American union of railroad workers. At the time, white workers were generally paid three times as much as black employees. From such inequity moves are made, though 30 minutes into the first of its artfully supported eight episodes, it’s clear that “The Porter” has plenty to do besides clandestine business meetings.

The series has hit big enough in Canada to make a second season extraordinarily likely. No cutthroat docudrama, it’s more of a free-wheeling 20s fantasy, a decade in the making. (Marsha Greene, Annmarie Morais, Charles Officer and RT Thorne took the reins as the series’ creators, following a narrative model set by Arnold Pinnock and Bruce Ramsay.) Trains in “The Porter” run primarily from Montreal to Chicago ; the plots intertwine, easily and imaginatively.

Much of the imagery and inspiration is taken from the movies as well as real life. smugglers; brothels; Chicago’s South Side Killers; nightclub dancers dreaming of stardom; crooked, stock-lipped railroad tycoons determined to keep workers grounded and get rid of the scraps: that’s a start. The series has its corn and glitter, and not everything works out so well. Some performances are satisfied with two dimensions instead of three. But the best of this set seizes the day.

“The Harlem of the North”: This is how the Canadians called the Saint-Antoine district of Montreal. This is where many of the main characters in the series live. Junior (Aml Ameen) is Jamaican-born, a hustler and, as a sleeper porter, a rookie numbers runner who enrolls in the Chicago underworld. Olunike Adeliyi has a snake-eyed field day as gangland leader Queenie, aka “the butcher on the south side.”

“You married?” she asked in one scene.

“I am a lot of things that I will never be again,” she replies coldly.

Junior’s porter friend and World War I veteran, Zeke Garrett (Ronnie Rowe, in a fully successful portrayal of a deeply decent-hearted man), is driven by a higher cause of work. After the preventable death of a black colleague on the job, Zeke begins formulating ideas for integrating and organizing the railroad workforce. To be a black porter, says one character, means to be “the most invisible man on this earth.” “The Porter” is about making the invisible visible.

Meanwhile, at Club Stardust – the first episode, set in 1921, begins there and feels like the opening number of a musical in a good way – budding singer-dancer Lucy (Loren Lott) needs money to fund his ambitions. The bankroll comes in the indolent, silver-spooned form of the self-righteous son (Luke Bilyk, more cartoonish than character) of the railroad tycoon (Paul Essiembre) whose anti-union tactics include human trafficking human beings, by rail, from the United States to break the efforts of the unions.

We’ll mention two other choice performance components from this user-friendly series. Mouna Traoré, in the role of Marlene, Junior’s wife, benefits from a particularly strong script; she is a St. Anthony missionary working for the United Negro Improvement Association (the real Marcus Garvey appears in one episode), while being a parent to Teddy (Jahron Wilson), her and Junior’s son. Living with autism, he gradually reveals his musical gift. Traoré excels at making Marlène neither a single grumbling note nor a predictable saint. The series is just spacious enough to allow for plenty of emotional authenticity between a dozen or more key players.

The other ringtone, you know: Alfre Woodard was executive producer on “The Porter,” and she’s fantastic, funny, and touching as Fay, the madam from the brothel rescued early on by Marlene’s care. While the main story lines belong to Zeke and Junior, there’s a lot to spread.

Filmed primarily in Winnipeg, Canada, the series is distinguished by a soft yet freely ahistorical approach to dialogue and music, spanning the decades to come. Sometimes it’s a bit off-putting (phrases like “We’ve got a situation” do the job without any 20s ringtones. The songs and choreography deliberately come from all over the place: reggae, 40s swing and more. The design of the mostly terrific production is a wee bit undermined with each cutaway by another dummy digital effects shot of the Montreal-Chicago train, somehow huffing, resembling Thomas the Tank Engine or at the Polar Express.

Small business. By the third episode of “The Porter,” I had the blissful, sly feeling that the issues weren’t really going to be a problem after all. “The great fear of the white worker,” as one labor activist put it to Zeke, “is that our elevation means their elimination. Management feeds this fear, to keep them blind to the power of a unified workforce. “The Porter” imagines stories built on a century-old piece of history, which will be new to many viewers. This short story is also very engaging entertainment.

Content classification: TV-MA for violence, language and a certain sexuality

Michael Phillips is a reviewer for the Tribune.

Big screen or home broadcast, take-out or dine-in, Tribune’s writers are here to guide you to your next big experience. Sign up for your Free Weekly Eat. Look. Do. newsletter here.