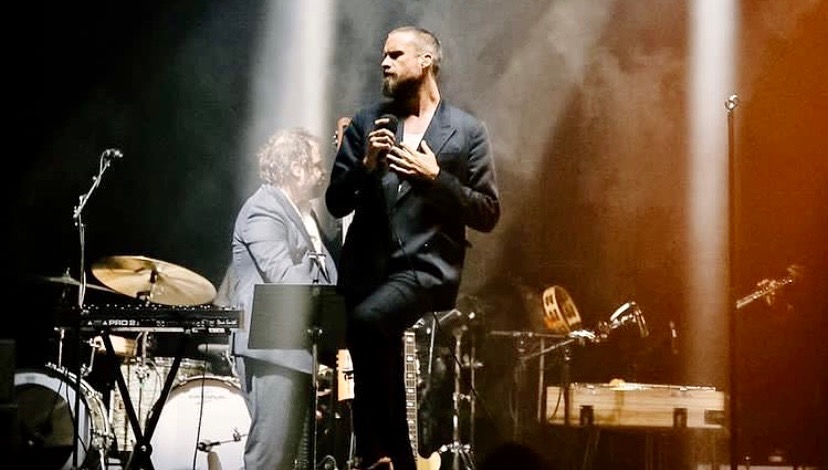 The countdown is on for those about to POP. But for those of you who don’t give a damn about the festival that will engulf the city next week and are looking for more serious fucking punk rock that will leave its mark, you probably already know that the seventh edition of A Varning From Montreal is already on the move. The festival started last night and takes place mainly at Piranha Bar located on charming Ste-Catherine West. Of course, there are plenty of Varning side events across Montreal, including a flea market, matinee shows as well as sloppy after-shows, but for more details on those shows outside of the Piranha perimeter , you better ask a punk.

Another night that’s guaranteed to be slammed promises the urban cowboy twang of Yesterday’s Ring, leaving it all hanging out with their full band set, as well as openings by the Slowinks at Turbo Haüs. If you want to sneak into this one, log out and run right into it! 2040 St-Denis, 8 p.m., SOLD OUT (but see this link for a draw of the guest list)

If you’ve got a thing for early 80s British psych or the explosion of British indie C86, you’ll want to head to the Left Hemisphere to catch the Ember Glows, the post-punk prowess of Talleen and the shoegaze wonder of Venus Furs. 221 Beaubien E., 8 p.m., $10

If you couldn’t get into Yesterday’s Ring but still want to treat yourself, you can experience the country goodness of Jeremie Albino and the Rosehall Band with Benjamin Dakota Rogers warming up the ever-lovely Esco. 4461 St-Denis, 7 p.m., $18.50

For those of you who would like a little more electronic noise in your Friday night, head up the stairs of the Diving Bell Social Club to catch New Yawk’s Lip Critic with the general bullshit of the Pretzels, Pressure Pin and the Worker. A dance party definitely takes place after the show. 3956 St-Laurent, 9 p.m., $15

Saturday:Okay, I hope this afterhours Varning party hasn’t completely given you away because at the ungodly hour of 10 a.m. you’ll want to go to St-Denis Church to complain about the rise of the price of rare vinyls at the Plateau Record Spectacle. I’ll be there with lit bells and nudge crate diggers with the others. Expect jostling from middle-aged men holding Steely Dan records. And damn it, the plural version of vinyl is “vinyl”. 454 Laurier, 10 a.m., free

Monday: I feel weird to make this my gig of the week because the artist seems to be some kind of showerhead but father John Misty probably created my favorite jammer of 2012, Fear Pleasure. He sort of dropped on the sidewalk for me over the decade that followed, and when I saw him on that tour at Cabaret Mile End (now Fairmount) he was so crazy I I was tempted to bottle it. But maybe I just had one of my “moods”. Opening this show at MTelus is Suki Waterhouse. 59 Ste-Catherine E., 8 p.m., $59.99

Tuesday: Another total fave of yesteryear (1999) would be Thrush Hermit’s magnum opus Clayton Park, which I recently scored on a remastered double vinyl. Over the past two decades, leading hermit Joel Plaskett has matured into Canada’s version of Tom Petty (and may even succeed). If you want to see Plaskett in an intimate atmosphere and in what I think is one of the best and most underrated venues in town, Petit Campus, you absolutely have to write this one. Opening is Mo Kenny. I really hope this show happens because it’s the fourth planned makeup date in the space of two years. 57 Prince Arthur E., 7 p.m., $29.95

Wednesday: For you heshers who scan this section in search of riffs, I haven’t forgotten you, and thank you for going all the way down. For crushing riffs, you’ll want to head to the metal-tastic Foufs to grab Psycroptic, Fallujah, Interloper, and Cognitive. 87 Ste-Catherine E., 6 p.m., $39.95

For the latest news, please visit the News section.